Nicole Richie and Joel Madden Split – Marriage Appears To Be Over 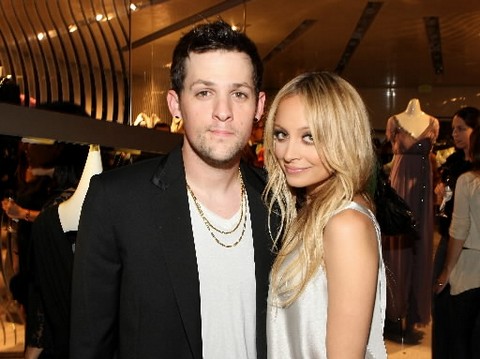 Has another celebrity couple bitten the dust? The Fashion Star mentor and former party girl, Nicole Richie (32) and husband Joel Madden (34), front man for Good Charlotte and Australia The Voice coach, have allegedly split. Nicole is known for her partying ways and maybe the facade of “The Simple Life” was too much for her to continue for years in this marriage.

It is being reported that Nicole was without her wedding ring during her most recent appearance on Jimmy Kimmel Live. The mother of two also vacationed without her husband but with Jessica Alba and her family in St. Barts. Is it weird to vacation with a girlfriend and her family without your husband and children? This is a clear sign of a woman who needs to get away from issues that are pending back home.

An insider told Life & Style in their April 29 print issue, “They’ve been living separate lives for a while,” adding that “Joel is never around.” Although the couple was spotted shopping with their daughter, the couple hasn’t been seen together as much as they used to.

Split rumors are not new to Nicole and Joel because Joel Madden called Ryan “On Air” back in March 2011 to dish out the dirt on the breakup rumor over Nicole spending $3000 on pillows. There were split rumors again in 2012 which were also denied by the couple. Is the new fame and financial gain from The Fashion Star going to the actress head? Can we blame the split on their busy schedules which has been keeping them apart lately? It is one thing to speak about rumors of a split being false but the actions of Nicole not wearing her wedding ring and vacationing without her husband are very telling.

No relationship is without its problems and let’s face it, Richie and Madden have so far beaten all odds so far – but are they done now? It appears the family life has become boring and “The Simple Life” is just not for Richie. Nicole and Joel are yet to confirm or deny the rumors but what do you think of Nicole’s recent actions? Joel has stated before “I asked her (Nicole) to marry me 10 times before she said yes!’, just a hint Joel that was not playing hard to get but a sign she did not want to get married. The word “NO” was the first clue!! Let us know your thoughts?