For the first time in the history of the Miss America pageant, an Indian American woman by the name of Nina Davuluri won Miss America. Because there are people in this country that are ignorant, moronic, racists, they had to comment on the news with a bunch of tweets that will simultaneously make you ashamed, angry, and upset that this level of racism still exists in 2013.

Some of these tweets include, “If you’re #Miss America you should have to be American.”, “WHEN WILL A WHITE WOMAN WIN #MISSAMERICA? Ever??!!”, “And the Arab wins Miss America. Classic,” “Well they just picked a Muslim for Miss America. That must’ve made Obama happy. Maybe he had a vote.” These people must have never heard of India before today, because most of the people in the country are Hindus, not Muslims. And they’re of Indian nationality, not Arabic. And Nina was born in New York, not anywhere else – which makes her as American as anyone else.

What’s even worse was that one of these critics was the host of Fox News – the pit where all rational thinking goes to die. Todd Harnes, the host of Fox News, decided to tweet, “The liberal Miss America judges won’t say this – but Miss Kansas lost because she actually represented American values. #missamerica.” Yes, Miss Kansas represented American values because she had tattoos and owned a gun – this is what Fox News is trying to say.

And then there were others who skipped past the religion, going straight to the terrorist comparisons. Because you know, apparently a woman can’t have brown skin without being called a terrorist.

Thankfully, there are more people who are educated and proud that diversity is being celebrated, and I only hope that they are given voices to, just so that everyone knows this country isn’t just filled with ignoramus racist a**holes.

Of course, Nina has also responded to the racism, and brushed it off by saying, “I’m so happy this organization has embraced diversity. I’m thankful there are children watching at home who can finally relate to a new Miss America.” When asked about the hurtful comments permeating the web, she stated, “I have to rise above that. I always viewed myself as first and foremost American.”

Good for you, Nina. Don’t let the morons get you down. 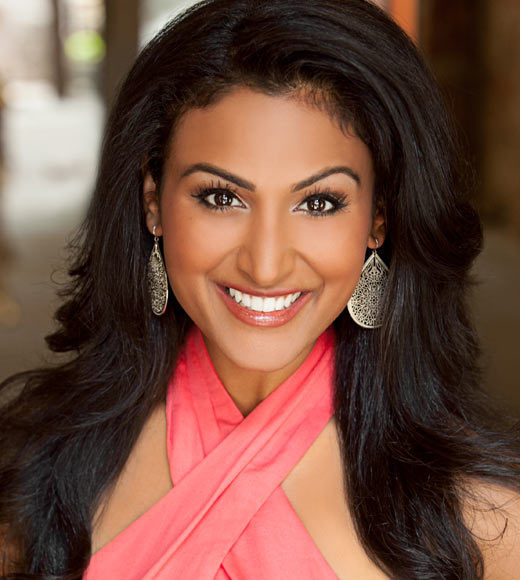