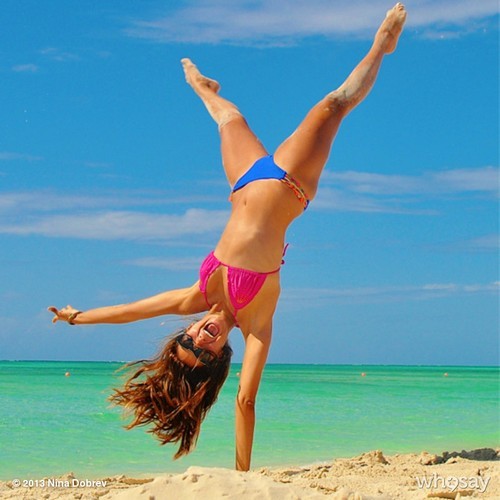 Life & Style Magazine and Us Weekly both report that Nina Dobrev is officially dating Derek Hough, after being set up by Derek’s sister and her best friend, Julianne Hough. So going from Ian Somerhalder to Derek Hough: upgrade or downgrade?

According to Life & Style’s sources, Nina and Derek have actually been dating for months, but wanted to keep it quiet for press reasons. A source explains, “They were set up by Julianne. It got serious really fast and they’re inseparable.” Apparently, it’s already very serious, with the source adding, “They’re already saying ‘I love you.”

The report adds that Nina and Derek were going to make their public debut at the Emmy Awards last weekend, but Nina had some last minute issues she had to take care of. Now, Nina’s reportedly thinking of accompanying Derek to Dancing with the Stars. If that doesn’t make people think that this is serious, nothing will.

A source also says that Derek is so in love with Nina that the minute he won an Emmy Sunday night, he called Nina when he was backstage. The source says, “Nina was on her way to the airport while Derek was making the press rounds. He was holding up his Emmy to her and she was so excited for him!”

For those who think that this is just another rumor, US Weekly has already confirmed the report, and explained that Nina and Derek falling in love happened gradually, while they were both hanging out with Julianne. I wonder how Julianne feels about all this – on the one hand, her best friend is dating her brother. On the other hand, if something happens between the two of them, then she’ll be stuck in the middle. Decisions, decisions.

Regardless, for now Nina and Derek are together. It’ll be interesting to see if Nina ever decides to take Derek to the Vampire Diaries set, considering Ian clearly hasn’t moved on yet. What do you guys think? Let us know in the comments. 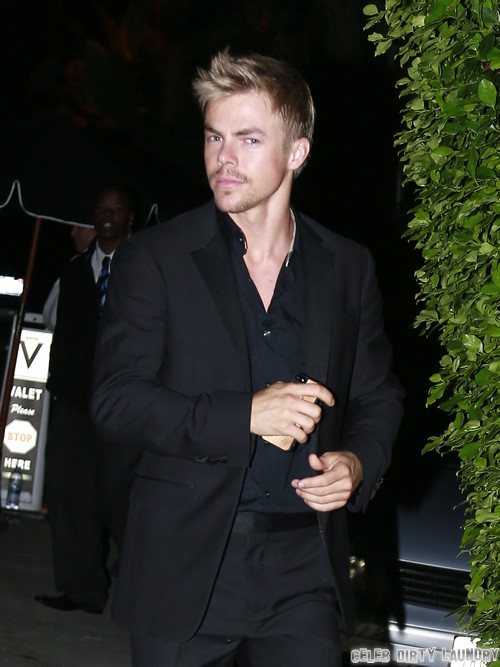