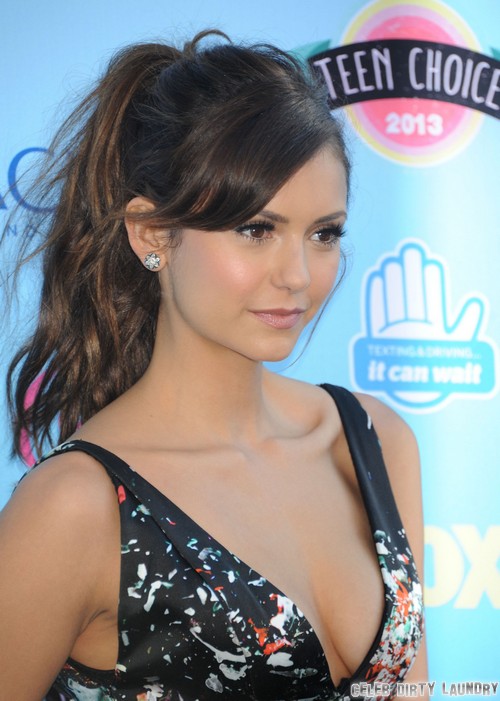 According to a new report from Star, Julianne Hough has set up her best friend, Nina Dobrev, with her brother, Derek Hough. The headline from Star states, “Julianne Hough may have been unlucky in love this year, but as a matchmaker, she’s 1-0.”

Ughh, can these headlines be any more cheesy? Anyway, a source tells Star, “[Hough is] very protective of Nina and doesn’t want to see her with a loser.” Apparently, after she hooked up Nina and Derek, things went swimmingly and they seemed ‘really into each other.’

If this story’s true, it’s adorable. I think Nina could do a lot better, but it’s nice for Julianne to have her best friend and brother dating. Actually, maybe not. Has she thought about what will happen if they start having fights or have a bad breakup? She’ll be stuck right in the middle. Sure, siblings and best friends hooking up might have worked in Friends, but that’s not a guarantee of it working out in real life.

Besides, when is Nina supposed to have met and hung out with Derek? She’s been so busy filming The Vampire Diaries in Atlanta, and she’s hardly had any breaks since filming began. That’s one of the reasons she and Ian Somerhalder stayed together for so long – because they actually worked together. Making a long distance relationship work in Hollywood is like trying to find a needle in a haystack = practically impossible.

What do you guys think of Julianne Hough hooking up Nina Dobrev and Derek Hough? Do you think it’s true, and if you do, do you think Nina and Derek will actually end up lasting? Let us know your thoughts in the comments.