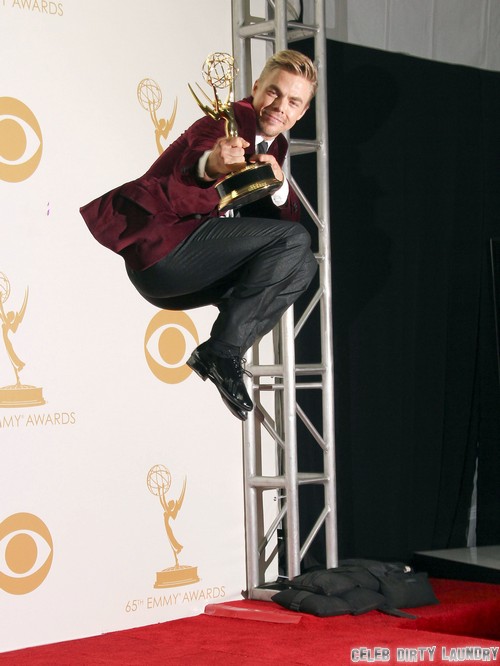 Here’s the thing, if you are a Hollywood hottie and decide to invest some time and energy into dating DWTS’ champ, Derek Hough then you need to realize that it’s going to be a short-lived dalliance. After months of girl time with Julianne Hough, god pal Nina Dobrev finally hooked up with her brother Derek. The two were rumored to be equally smitten and hot and heavy – for about 6 weeks. Just long enough to get the lust out of their systems, or else to realize the chemistry is all kinds of wrong and they are better off as friends. Ironically they just recently decided to share their first public date, a move that would seemed to have indicated that things were going well.

According to US Weekly distance is the reason that is being thrown around as an excuse for the split. Derek is dancing his feet off in L.A. While Nina is filming The Vampire Diaries in Georgia. Here’s the thing though, Derek’s romances never last more than a few weeks. He seems to be the nicest guy but clearly he’s not looking for a love match with any of these ladies, right?

As for Nina, this short lived hookup was probably a nice rebound from former long-time love, Ian Somerhalder. The couple dated for 3 years before splitting earlier this year and Nina obviously struggled with the break up for awhile. Now that she has her feet back in the water, who do you think that Nina should date? What about Derek? Will he ever settle down, are those closeted gay rumors true, what’s the deal with him? Tell us your thoughts in the comments below!