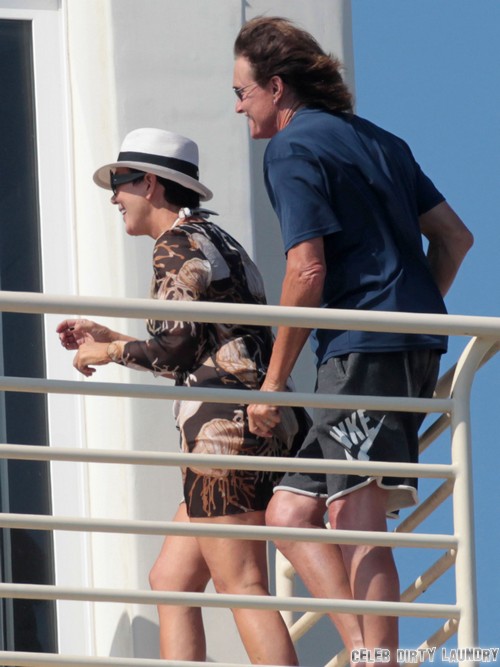 Kim Kardashian and Kanye West may be keeping baby North West hidden from the public but they had no problem taking her to a July 4th party. The 3 week old joined her mom’s side of the family and some friends at Bruce Jenner’s Malibu pad to celebrate Independence Day.

In what is being reported as the newborn’s first outing since leaving the hospital, North made an appearance at of course a Kardashian party. Despite her over-bearing daddy, Kanye, who wants to keep her out of the eyes of the public, little Nori has been let out to spend time with her family. It is amazing that considering how the paparazzi follows Kimye everywhere, that they managed to sneak the baby to the festivities at Grandpa Bruce’s house. That must have been one heck of a covert operation, considering not a camera caught even a glimpse of the parents or baby going into or out of the party.

Despite all the hoopla surrounding the first photos of North, it is actually normal to not have a newborn out and about all the time. In fact I am a little surprised that they would take her to the beach at only 3 weeks old,  that seems like it might not be the best place for a newborn. Sand, dirt, germs don’t exactly seem like the best things to have a baby around, just sayin. Then again with a slew of people hired to look after the kid she was probably placed in her very own sanitary section of the house, where only those who had been hosed down and placed in hazmat suits could see her.

Nori may have had her first outing but don’t expect to lay your eyes on her anytime soon. This kid is going to make a grand entrance into the public eye thanks to her famewhore mother and her father who claims to not be a celebrity. Tell us what you think about all the news surrounding North West?

The Kardashian family enjoys some fun in the sun celebrating the 4th of July on the beach in Malibu, California