O.J. Simpson: Trying To Get Sexy On Fat-Man Prison Diet 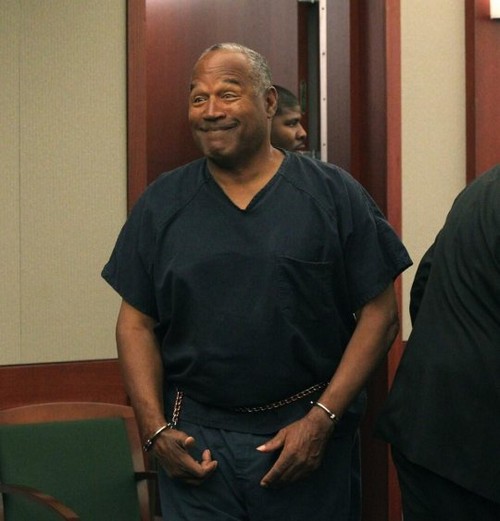 Casey Anthony may already be pregnant, so if George Zimmerman was looking for a female companion to enjoy hell on Exile Island, it may be too late. Eric Snowden, however, would totally be open to a one way ticket. He has no choice. After all, anything is better than being lonely. Just ask Tom Cruise on a Friday night.

As the world continues to grow divided over the outcome of George Zimmerman’s murder trial, and Kate Middleton grows antsy with thoughts of raising her Cambridge crumb snatcher in a media fish bowl, Khloe Kardashian’s alleged REAL father, O.J. Simpson, (one of them, anyway) has decided to shed some pounds.

The acclaimed actor and USC alumni, ‘The Juice’ Simpson is foolishly aware of his media blitz. Accused killer, and Fat Albert look alike bandit has decided to join Michelle Obama’s Let’s Move Campaign, but in his own dumb jock sort of way. At his last court appearance, people were repulsed by his bulging belly and flapping chin skin. The elephantine convict was so embarrassed by the media’s reaction to his brawnier size, that’s he’s decided to embark on an extreme diet. Like we give a cluck. 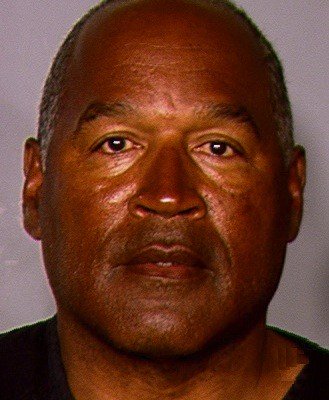 According to an insider at Lovelock Correctional Facility, O.J. Simpson is working out and starving himself like a coke head Playboy Bunny trying to get back in shape. Supposedly “His diet consists of more fruits and vegetables now,” noted the insider. “Before, when he was packing on the pounds, he was eating a lot of starch and foods high in carbohydrates.”

“When O.J. walked into that courtroom, there was an audible gasp from the gallery,” an eyewitness said. “The officers had him in shackles, but they needed an extra large chain to fit around his waist.” 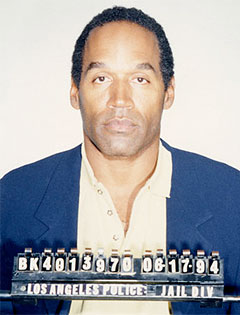 Since he doesn’t have access to a Lap-Band procedure like Kirstie Alley, or inner city heroin, like Brooke Mueller, I guess he has to do something to keep his groupie fan mail coming in. Whether fat or skinny, murdering, or stealing, this super size famewhore keeps a big breasted blonde.