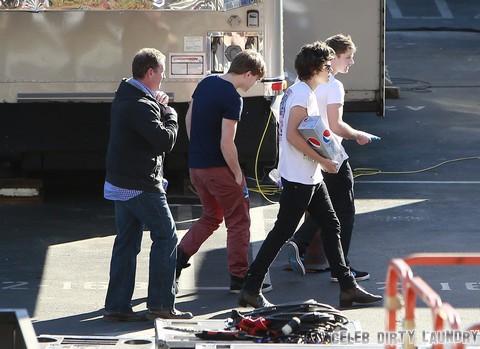 One Direction boys are known for making teenage girls swoon wherever they go and causing mass riots at airports and concerts. Although most of the boys are currently in committed relationships, it seems as if we’re reading something in the tabloids almost every week about their so-called affairs and who they are going out with.

Of course, there was the recent storm of alleged reports of Zayn Malik cheating on his Little Mix girlfriend Perrie Edwards, but they seem as if they’re back together and have gotten over any bumps in the relationship. And why wouldn’t they, when Zayn has mentioned that Perrie comes first in his life, even before the band.

Liam Payne is, of course, with Danielle Peazer and Louis Tomlinson with Eleanor Calder. Niall Horan is single and ready to mingle, and has been spotted flirting up a storm with many different different women. However, Harry Styles remains our single Lothario, and he’s been called everything from player to womanizer. But is he really a womanizer, or just someone waiting for love?

In an interview with We Love Pop magazine, Harry just admits that he doesn’t believe in love at first sight, saying, “You don’t really know what’s going to happen. If it comes along, it comes along. Sometimes if I like someone, sometimes it doesn’t work out and sometimes it does. If the right person was there, I’d go for it. I wouldn’t stay single purposefully. I think for me, it’s more infatuation at first sight. You can see someone and I think ‘She’s amazing.’ I wouldn’t say I could fall in love at first sight, but maybe I just haven’t done that yet.”

Hmmm…. It seems as if he’s explaining the reasons why he’s dated so many woman in such a short span of time: because he could be waiting for the ‘One’. He does seem to get in and out of relationships very fast, and this supposed first look ‘infatuation’ may account for the rapid succession of girlfriends, but one has to wonder whether he’ll ever be bit by the so-called ‘love at first sight’ bug. And if he does find this ‘one’, will he actually manage to stay in a committed relationship with her? Right now, his track record isn’t looking too good, and there are still rumors about a possible reconciliation with Taylor Swift [ahem, doubtful], but we won’t really know ‘til we know.