‘One Life to Live’ and ‘All my Children’ to get New Writers — These Stories are Getting a Makeover! 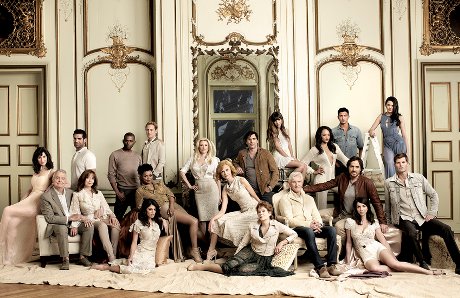 Prospect Park, the company that licensed the soaps from ABC, has re-launched both soaps online. Under its agreement with ABC, Prospect Park has the right to carve out a traditional TV window, which, at least for now, is expected to come after the episodes premiere online. Prospect Park has cable ties — the company co-produces the hit USA Network drama Royal Pains. Repeats of All My Children and One Life to Live have been airing on cable, on Disney’s SoapNet, which will be rebranded to Disney Jr. by the time the two soaps migrate to the Web and hopefully on to another cable channel forever.

According to Soap Opera digest, AMC/OLTL creator Agnes Nixon released a statement about changes to the writing staffs at both shows. The AMC head writers are now Lisa Connor and Chip Hayes; OLTL’s co-head writers are Jessica Klein and Marin Gazzaniga.

The change to the writer staff is a good move as both shows have been off the air for almost two years. New writers bring new ideas and storylines which will rejuvenate the interest with viewers. If the writing was shaken up a bit earlier, maybe both soaps would still be on ABC today. What do you think?

I predict by the end of the decade in 2020 it could be conceivable that there will be not one soap opera on network TV and all of them will have to survive on cable network as it is the time of change. Please share your thoughts. You miss either soap, and do you care that they might get new writers?