One Life To Live Shelved: Soap Cancelled As Prospect Park and ABC Battle Over Lawsuit 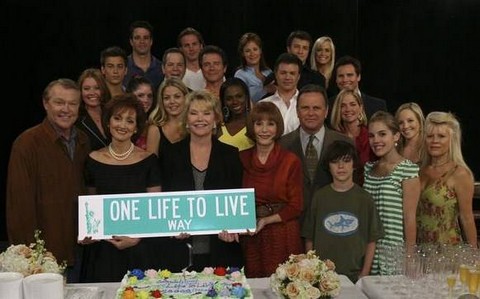 I feel really badly for longtime One Life To Live fans. First their show was yanked from the air after 43 years on ABC Daytime and now it looks like the rebooted internet version is likely to meet a similar fate but in record time. Unfortunately the show that GLOBE Magazine helped fans to rally so hard to revive in any format has turned to a pile of smoldering backstage drama that has caused an “indefinite hiatus”.

This week’s GLOBE, the September 23rd print edition, goes into detail about what has gone wrong. Prospect Park was the answer to fans prayers when they originally worked out a deal which not only included bringing the show back in a rebooted internet version, but also commissioned the use of 7 familiar characters. In the deal with ABC those characters could also cross over onto General Hospital – ABC’s only Daytime soap that remains on the air. Prospect Park invested $10 million in the venture only to have ABC take a few of those characters and kill them off while on loan to General Hospital! That was certainly not part of the deal as One Life To Live writers were still putting together story lines for the now defunct characters and the actors thought crossing back onto network television was going to be fabulous rather than sudden soap opera death.

Prospect Park has filed a $25 million lawsuit against ABC and has decided to shelve OLTL until the legalities are worked out. Why? Well, the show has lost some of the core characters thanks to ABC’s bold move plus it wasn’t pulling the same numbers as the also rebooted All My Children so Prospect Park is going to pour everything into the more popular show for now in the hopes that AMC will at least be successful.

OLTL fans are left wondering if this is it for their beloved show. Was it brought back just to remind the fans of how much they missed it only to have it pulled away for good? Will the fans petition and fight back again? Tell us your thoughts in the comments below!