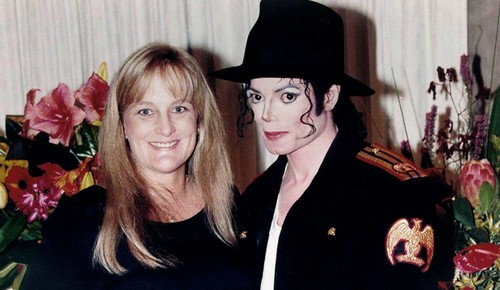 We’ve already told you that Paris Jackson has been spending quite a bit of time with her biological mother, Debbie Rowe. After years apart Paris decided that she needed her mother in life, especially since her father, Michael Jackson’s untimely death nearly 4 years ago. Debbi was literally bought out of her children’s lives back in 1999. At that time she and Michael had ended their 3-year marriage and she agreed to sign away her rights to their two children in exchange for a Beverly Hills mansion and 8 million in cash.

I think he reappearance, especially in Paris’ life was pretty predictable and the two appear to have really bonded, so much so that Paris is fighting her grandmother, Katherine Jackson on living arrangements. Paris actually wants to live with her mom at her ranch. Of course Katherine is fighting to follow Michael’s wishes and to keep Debbie out of Paris’s life but it’s not working well. 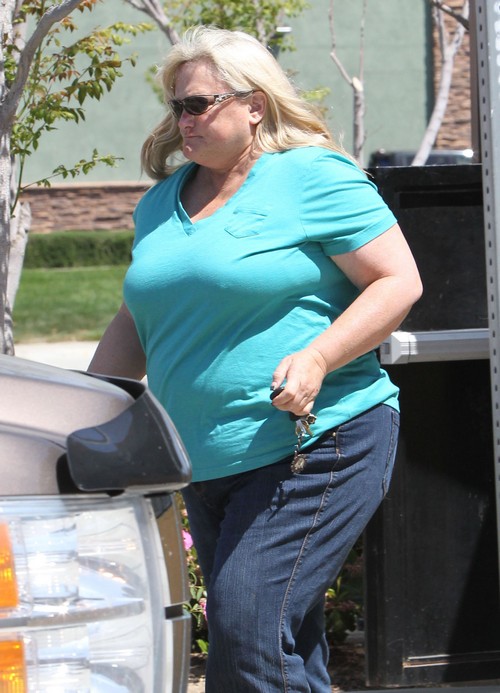 According to the May 13th print edition of GLOBE, Debbie recently attended Paris’s school dance recital and people that recognized her were stunned. In the years that she has steered clear of the limelight, Debbie has also packed on an estimated 120 pounds. The 5-foot-9 Debbie is now rocking the scales at around 260 pounds. Let’s be real here, this chick has had some serious issues since the minute she met Michael, so I’m not too surprised to hear that she’s living like a recluse in the middle of nowhere. She has chosen to spend quality time with her refrigerator, no doubt to try and numb the pain of all those years that she messed up.

It’s clear that Paris wants her mother, but do you think that Debbie feels the same way? Is she still a mess, perhaps because she lost her kids and maybe having Paris around is helping to really fix things? I’m kind of hoping that these two end up together and are able to help each other do better with their lives. Do you think there’s hope for a good mother/daughter relationship here? Tell us in the comments below!