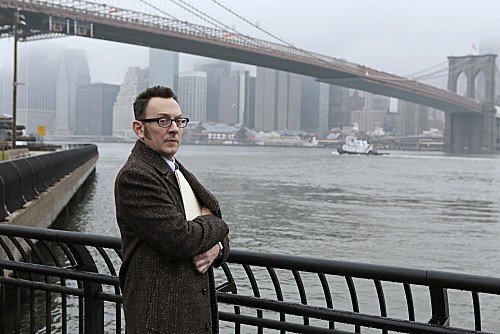 Tonight on CBS PERSON OF INTEREST returns with a whole new episode called “Dead Reckoning.” On tonight Reese is abducted by an old acquaintance planning a massive act of cyber-warfare that could lead to Reese’s death. Did you watch last week’s episode we did and we recapped it here for you!

On tonight’s show Reese’s former partner Kara abducts him as part of her scheme to unleash a wave of cyber-terrorism across the world and get revenge on the people she believes wronged her.

Tonight’s Person of Interest Season 2 episode 13 is going to be exciting, and you won’t want to miss it. So be sure to tune in for our live coverage of the new episode of Person of Interest — tonight at 9PM EST! While you wait for our recap, hit the comments and let us know how know what you thought of POIs season 2 episode 12 last week. Check out a sneak peek of everything you need to know about season 2 of POI! Don’t forget to come back at 9PM.

John, Donnelly and Joss are involved in a car accident after the driver is told via a phone call that they are in danger.  Kara then shoots Donnelly. Joss wakes up, disoriented in the backseat. She is handcuffed and trapped in the car. She reaches her [hone and reports what happened, She Finch tells her to leave the crime scene even though she is reluctant.

John wakes up and realizes he is on a public bus with Kara and Mark. John thought Kara was dead. She says she was never good at it and neither was he.   John realizes he is strapped to a bomb. Kara wants Donnelly and Mark to do her bidding and they will remain intact. Cara says that this is about 3 little dead spies in the grave new world. She gets off the bus.

Joss gets a call from Kevin. She is told that Donnelly was found shot and dead. She acts surprised by the news of the ambush. She arrives on the scene and tries to act like nothing happened. The FBI Agent begins to question her about what Donnelly may have said to her, if he was becoming paranoid and may have lost his perspective. Kevin wants to know what is really going on with Joss.

Finch gives Kevin a heads up about Kara. Meanwhile, Kara sends John on a mission to retrieve a hard drive from a man. When John hesitates to kill the man, a chip in his suit kills the man. Kara tells him that this will be his only warning.

There is a Kara has a flashback. She is told of a laptop that was sold to the Chinese. John is told that he is to kill Kara after the flashback has been found because he has been compromised. Kara is given the same message—that she is to kill John.

Kara shoots John because he was compromised. John says he got the same message as her. Suddenly, the building blows up. Kara wakes up in the hospital. She is told that she is the “after life”. A man says he knows everything about her and how she ended up in that bed because information is his business. He shows her the hard drive she was sent to find. Kara says she doesn’t care about the contents. He says that’s why they will get along.

In the present time, Kara is at a diner with John and Mark. She says Mark has accepted his fate. Mark says that John and Kara are both damaged goods. Kara wants Mark and John to follow the men at the counter outside and steal their car.  They beat them up even though John will not go along with killing civilians. However, it turns out that the men are ATF agents.

Joss gets the serial number for the hard drive that was stolen. Finch says that it is probably to store something highly sensitive or dangerous.

Mark and John go to the ATF building. Kara gives them a code to enter so they can have access to a high level room. They storm the room and tie the men up. John warns Mark again about trying to kill the men. Kara activates the bomb that is strapped to the two men.

There is another flashback of Kara in the hospital. The man says he does not work for the government. He says his organization thinks she can be very useful. She laughs at the thought that she could work for him. He knows that she wouldn’t work for him for money but he can offer her what her old employers: an answer. She merely has to tell him the question. She wants to know who did this to her. He says it was the person who sold the laptop in the first place.

In present time, Kara instructs the men to take out the security set ups.

Joss arrives at the ATF building. Finch says he hacked the DOD and has the info she needs. He says they must stop Kara.

John is able to get in contact with Finch. Finch says that Kara may be trying to get her to steal cyber weapons which could cripple the entire internet. John wants to destroy the drives. That can only be done when there is a security breach. Mark is against the plan of action and attacks John. Kara suddenly comes into the room. She knew he wouldn’t follow orders. The drives have been erased but all she really wanted was for him to create a path for her. Kara decides to initiate her cyber attack from inside the room. John tries to convince her otherwise. Kara has made up her mind and leaves them to die.

John and Mark find their way out of the room. However, Mark attacks John, not caring about the lives of civilians who may be in danger. John says all that is waiting for Mark is a black end. Mark escapes.

Joss finds John. John wants Joss to save herself while she tries to convince him to leave with her. Kevin and Joss end up leaving while John stays behind.

On the roof, John tells Finch to find out what is on the hard drive.  Finch tries to help John diffuse the bomb that is on him.

Kara calls the man from the hospital and tells him it was done. She now wants the name. He says the person doesn’t exist on any database but perhaps she will have more luck. Kara gets in her car and finds Mark who says he’ll be great at being dead. The car blows up.

Finch is still trying to decode what is on the hard drive.  John thanks Finch for saving his life. However, it is revealed that Kara wrote down the mystery person’s name: Harold.