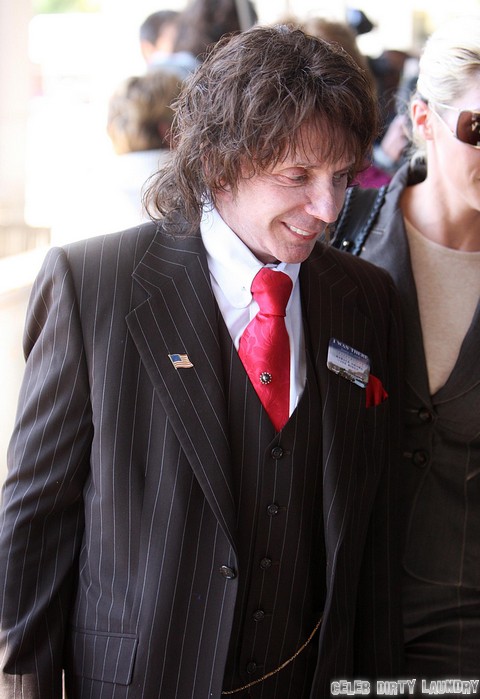 At the high point in his life, Phil Spector was known as a musical genius that was the mind and motivation behind several legendary hits. Even then he was a known recluse, hiding out in an 8 bedroom estate known as Pyrenees Castle where he accepted few visitors. That was before the property became a murder scene and Phil was convicted in 2009 for shooting Lana Clarkson in the mouth. The injury proved fatal to the 40-year old blonde model.

These days Phil is serving 19 years to life at a central California prison and he is just as reclusive there. GLOBE, Print Editon, February 25, reports that the staff there says he is a broken, embarrassed man that chooses to stay in his cell which he shares with a roommate, rather than spend much time in the prison yard. The 72-year old high school dropout is forced by prison rules to study to obtain his GED, something that’s a further hit to his ego.

Phil takes very few visitors and absolutely refused to talk to HBO producers that have decided to air a flick based on his life. Al Paccino has been cast as a tweaked out version of Phil and the film is set to air on HBO on March 24th.  Phil didn’t want to talk to anyone involved in the production and because of that it is rumored to have a lot of inconsistencies. Phil isn’t considering it to be an accurate portrayal because it simply isn’t what happened.

Phil basically has been handed a life sentence because even if he only serves 19 years he’ll still be pushing 100- that’s if he’s still even alive. Do you think that at this point the man really cares what the public thinks? I mean, he’s locked up and denies most visitors so it’s not like he’ll ever have to answer for how HBO portrays him. Also Phil will probably never even see it because the prison that houses him doesn’t get the pay channel!

Will you be watching the movie when it airs? Did you follow Phil’s case? Tell us your thoughts in the comments below!

Editor’s Note: Phil Spector suffered very serious brain injuries in 1974: “Biographer Dave Thompson, revealed that in 1974 Spector was seriously injured when he was thrown through the windshield of his car in a crash in Hollywood. According to a contemporary report published in the New Musical Express, Spector was almost killed, and it was only because the attending police officer detected a faint pulse that Spector was not declared dead at the scene. He was admitted to the UCLA Medical Center on the night of March 31, 1974, suffering serious head injuries which necessitated several hours of surgery with over 300 stitches to his face and more than 400 to the back of his head. His head injuries, Thompson suggests, were the reason that Spector began his habit of wearing outlandish wigs in later years.” I think that any judgement of Spector needs to take this brain injury and damage into account.  I’m not saying that Spector is not guilty of murder but I am saying that arguments can be made that he shouldn’t bear full responsibility for his actions.