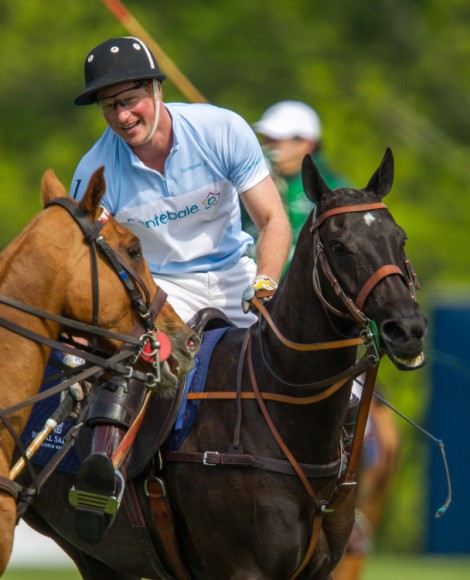 And this my friends is how it’s done.

It’s been learned that just after last week’s murder in Woolwich, Prince Harry’s life was in similar danger and still might be. A man admitted in court that he threatened to kill the third in line to the throne. Ashraf Islam is currently behind bars and waiting sentencing. But that doesn’t mean the prince’s people are relaxing any time soon. Lee Rigby was murdered in Woolwich while wearing a Help for Heroes t-shirt – a charity Harry is a proud and vocal supporter of. According to The Mirror, Harry’s security has been massively beefed up over the last week and everyone is on guard of what could happen. The horrendous occurrence in Woolwich is just a taste of what could happen to the prince who has already been singled out by the Taliban for his role in the war in Afghanistan.

So what’s a prince to do? Stay in at night? Hide under his sheets? Oh, not our Prince Harry! Murder plots be damned! Harry and Prince William were spotted over the weekend clubbing it up in London. The brothers left Kate Middleton and her baby bump at home to party at friend, Thomas van Straubenzee‘s bachelor party. The Telegraph has pics of the two looking a little worse for wear as they exited Tonteria nightclub in Sloane Square after five good hours of boozing. The wedding date hasn’t gone public but this is one I’m getting excited for. This is the wedding that will put Chelsy Davy and Prince Harry in the same place at the same time again. She’s expected to be the chief bridesmaid and we all know how much Harry loves chief bridesmaids (Pippa Middleton anyone?). So that should be good times. Hopefully Harry’s security can keep him safe til then. I don’t know about you but he doesn’t look too worried, does he? He’s probably more anxious about seeing Chelsy than murder plots!