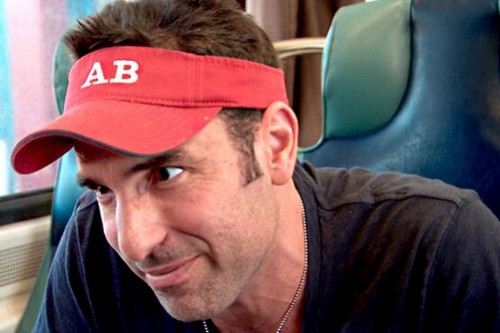 Our favorite new Bravo show this season PRINCESSES: LONG ISLAND airs tonight with a new episode called, “Sunrise, Sunset” on tonight’s show Ashlee is in the hospital. Did you watch last week’s ninth episode? We did and we recapped the episode right HERE!

On last week’s show Amanda satisfied her engagement fever by going ring shopping with little sister Taylor. She had Jeff and his parents over in the hopes of bringing their families closer together, but dinner came to a screeching halt when Babs disapproved of Jeff’s intentions. Despite the discord between Joey and Ashlee, the girls decided to take an end-of-summer trip to a vineyard, followed by a boat ride on Erica’s dad’s yacht.  In a shocking twist, the day at the vineyard went from fun to farkakt when Erica decided to bring up the elephant in the room — the Ashlee/Joey issue. Insults, anger, tears, and drama ensued as one of the girls disappeared.

On tonight’s show in the epic season finale of Princesses, Chanel searches for Ashlee, while Amanda, Erica, and Joey enjoy an afternoon of drinking and boating. All is good until they get a stunning text message… Ashlee is in the hospital! The formerly tight-knit group is now divided, and the feud between Ashlee and Joey has forced everyone to pick a side. With Amanda and Erica on Team Joey and Casey on Team Ashlee, Chanel feels compelled to fix their broken friendships.  In the spirit of the Jewish New Year, she invites all the girls to a Tashlich ceremony to try to resolve their differences.

The show begins with Chanel looking for Ashlee. She goes back to the winery in search of Ashlee and a car service. Once the car arrives Chanel climbs in and goes out and about to find her best friend. Chanel breaks down as she is terrified for her friend.

Meanwhile Joey, Amanda and Erica don’t let a missing Ashlee stop them. They make their way to Erica’s dad’s boat to party, Rob joins them on the boat. Out at sea the girls get their drink but the winery is brought up when Erica’s dad asks them about their day. The events get rehashed to Erica’s dad. After the brief downer, the three girls jump in the water for some swimming fun. While chatting Rob tells Erica’s dad he hopes that he and Erica will be moving in together. As the guys talk Erica, Joey and Amanda start ragging on Chanel for getting roped into Ashlee’s drama and not coming with them. Erica is really mad at Chanel and the situation. Not long after Erica goes on a little rant about Chanel, Amanda gets a text from Chanel that Ashlee is in the hospital.

Chanel reveals she called Ashlee’s parents who told her that Ashlee was in the hospital. She has an oxygen mask on. Joey makes it all about her saying she feels like it was her fault. Amanda tells Joey there is no one to blame but Ashlee. Erica thinks it is god punishing her.

Ashlee shares that she had a panic attack and she had to hitch hike to get to the hospital. She is furious with Amanda, Erica and Joey.

The next day Casey meets Amanda for lunch and it is intense. Casey wants to know what happened at the winery from Amanda’s view. When Amanda puts the blame on Ashlee, Casey is not pleased and begins to defend Ashlee and come down on Amanda. It gets worse when Casey demands to know why the girls continued to go on the boat when Ashlee was in the hospital. Casey wants to know where Amanda’s loyalty lies and calls her out on it. She goes on this whole loyalty talk, that doesn’t really faze on Amanda. When it becomes clear that Amanda and Casey see things differently, Casey leaves.

Being a good Chanel goes to visit Ashlee and the two friends talk about what happened, including Ashlee in the hospital. The conversation turns to how Ashlee has lost Erica and Amanda as friends. Ashlee is mad they didn’t drop everything to see her in the hospital. Chanel talks about how Rosh Hashanah and Yom Kippur are coming up and it is a time of healing and starting new. Chanel wants to invite all the girls to participate in a ceremony in the Jewish tradition where you repent and can start over. Ashlee doesn’t think it is right that she should have to apologize and is not going to participate. She is convinced none of those girls care about her.

Jeff and Amanda plan to spend the day together in the city. They met on the train and Jeff takes her back to where they were sitting on the Long Island Railroad. They sit there talking to each other and they rehash their first meeting. Suddenly Jeff starts to get serious and wants her to listen. He goes into a speech about finding each other on The Long Island Railroad. He promises that he is in this with her forever and that no one will cherish her more than him. Jeff goes into his bag and pulls something out.

Jeff pulls out a ring box as Amanda begins to tear up before he can speak. He tells her this is a proposal for commitment. He asks her to accept this promise ring, which is a proposal for he two of them forever. It is not an engagement and she is ok with that since her mom does not approve. She accepts his commitment/promise ring. The two start making out like crazy on the train.

Chanel organizes Tashlik, the ceremony for healing, despite what Ashlee said. Erica, Joey, Casey and Amanda all show up for the ceremony in the park. Finally Ashlee arrives and the setting is very uncomfortable. Chanel gets things started by saying they are all Jewish women and should stick together. She is the first to apologize to all of them if she has done anything to hurt them. She breaks down as she talks about how people shouldn’t’ say hurtful things.

Amanda is next to speak, she cries as she talks about her commitment ring with Jeff and what she is going through with her mom. Erica apologizes next starting with asking Casey for her forgiveness. Then moves on to Ashlee and how much she has missed her. She too begins to cry as she talks about how alcohol affects her an she is sorry.

Casey is up next and forgives herself for not saying something sooner to Erica and that she appreciates what they have been through. She then says she is sorry to Amanda for everything that happened.

Next up it is Joey who addresses Ashlee and says she hopes they grow to a place to where they can be on the other side of what happened. She also talks about hoping they can all realize what they have because there are a lot of people less fortunate. Ashlee starts off by saying she reflects every night and is proud of herself. She wants everyone to come to the place she is that she is thankful for her second chance at life.

Ashlee explains about her illness and opens up about having a stroke and her struggle back. She says that she is comfortable removing herself from negative situations. That remark refers to the girls did not going to the hospital to see Ashlee and abandoning her. Amanda tells her she is sorry but that Ashlee put herself in a dangerous situation. Chanel wants them all to calm down but Amanda and Ashlee are going at it again.

Finally Chanel tells them they all have their views of what went down that day and they need to move on. Ashlee tells Amanda she loves their friendship and does want to move forward. They both end up apologizing to each other and in the end all the girls use the New Year as the chance to move on. They do this by saying sorry for the bad things they did in the last year and throwing bread into water as a sign of letting go and moving on. A group hug ends the ceremony.