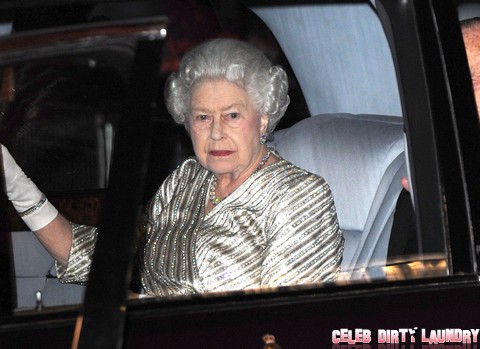 According to Globe magazine’s January 7th, 2013 print edition, Queen Elizabeth has decided to make Prince William the King of England. Kate Middleton is pregnant with twins, so it’s the ideal time and opportunity to change things up a bit in that glamorous joint. Insiders for Globe magazine allege that the 86-year-old ailing monarch will make the official announcement in early 2013, and that she’s already discussed the massive change in hierarchy with the British government at a cabinet meeting on the 18th of December, 2012. She was the first monarch to attend such a meeting in 300 years – a sign that a storm is brewing on the horizon.

After Kate’s heavily publicized pregnancy announcement, The Queen purportedly told Kate, “You fill my last days with joy.” The Queen met with Prince William at Kensington Palace shortly thereafter and informed him of her mammoth decision. The insider reveals, “The Queen is praying she can survive until the babies are born. It is her Majesty’s greatest wish to hold these infants before she dies.” And her last, dying wish will see Prince William take over the monarchy and rule it with an iron fist. He is, after all, the most popular member of the Royal family in history, so a decision such as this will not weigh heavy on public opinion. It’s of utmost importance that the Royal family reaches a Princess Diana-esque Golden Era and become what they used to be in the late 80’s and early 90’s.

The insider continues, “Elizabeth has gone back and forth on the issue over who should succeed her. But she eventually promised William he be handed the crown once Kate was pregnant with a new heir.” Another source opines, “This is just what the Royal family needs. But don’t think Camilla [Parker-Bowles] is going to go away quietly.”

The Queen won’t be living for much longer – she is suffering from arthritis in her knees, a failing heart, and alarming shortness of breath. The Windsors are on the edge of glory, and the onus now rests on Queen Elizabeth to push this popular family into an era of remembrance, legacy, and efficiency.

The Queen of England and Prince Phillip at the Royal Albert Hall for the 2012 Royal Variety Performance in London, England on November 19th, 2012.