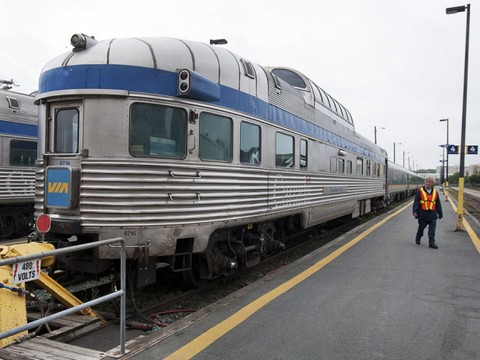 Raed Jaser is one of the two terrorists who have been accused of the conspiracy to murder hundreds of innocents in Canada. Raed and his partner, Chiheb Esseghaier, are the two terrorists with links to Al Qaeda who had planned to derail a passenger train travelling from NYC to Toronto. The plot has been tied back to Al Qaeda elements in Iran, and although we don’t know much more at this point, there are things that are being revealed about Jaser.

Raed was a Toronto resident, much like his partner Chiheb was a Montreal resident, and he was 35 years old. He is not a Canadian citizen, but it’s valid to assume that he [like Chiheb] has been living in Toronto for the past couple of years. He was listed as the owner of a limousine company that shut down in 2011.

Unlike Chiheb, he didn’t have a profile on Linkedin, inhibiting us from finding out details about his work and private life.

Raed and Chiheb are expected to be arraigned in Toronto tomorrow, and no doubt the entire media will be there to give us minute by minute updates on the situation. So far, we don’t know too much about the actual plot and how long these two have been planning the attack. Had the attack been successful, it would have struck the already fragile morale of the US and Canadian people, who are still reeling from the Boston Marathon attacks last week.

Stay tuned for more updates from Celeb Dirty Laundry  on this developing story.