BY Jeanne Adams on May 10, 2013 | Comments: one comment
Related : Real Housewives of NYC, Reality TV 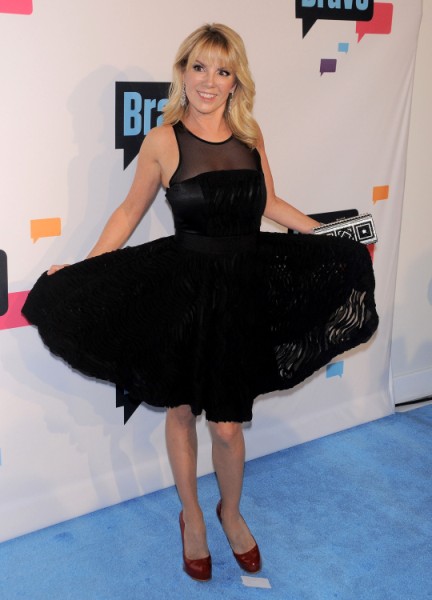 I was wondering what was up. Usually NYC debuts after Orange County in the Housewives line-up but all the promos show that New Jersey is following next month. I’m OK with this because I rot my brain with all of them but I really like NYC. Sure, it got crap reviews last season and views were way down but those crazy bitches grew on me just like Andy Cohen knew they would. But word on the street is the ladies are playing hardball for more money and Bravo’s ready to cancel the whole show.

According to Page Six, the women aren’t asking for an exorbitant amount of money just a little pay raise to help cover all the hair and make-up expenses that come out of the own pockets during filming. Strike that. Crazy eyes herself, Ramona Singer, was asking for a million this season but quickly backed down with Bravo laughed in her face. If the deal goes through she’ll reportedly make $500,000 whereas the other women make anywhere from 65K and above. It pays to be bat-shit certifiable!

So what should Bravo do? Bring back Jill Zarin! I’m not gonna lie, I still miss that one. I can’t believe they are asking all the ladies back from last year. Heather Thompson was a big yawn and Aviva Drescher’s creepy dad made me uncomfortable.  But I am in LOVE with Carole Radziwill. I got around to reading her book, “What Remains” and I was pretty blown away by how beautiful it was. If you have a thing for the Kennedys or have lost someone close in your life then you should check it out. Her writing is pretty outstanding.

So I’m in this for Carole. I want to see her again so I hope they get this cleaned up quickly. Besides, I don’t know what I’ll do if I don’t have Ramona to watch and use to feel better about myself.

What do you think? Should the show be canceled? Real Housewives of New York City isn’t as volatile as New Jersey but it has it’s redeeming moments, right? Right??!