Jill Zarin Back On Real Housewives Of New York City, Wants Everyone Else Fired! 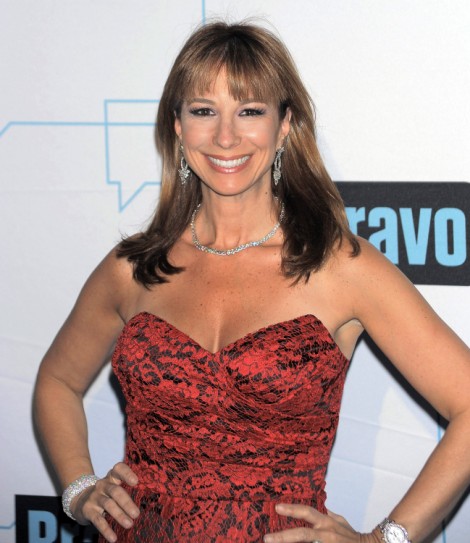 Well it looks like all her bitching and moaning paid off because Jill Zarin might be getting her fifteen minutes of fame back.

Radar Online reports that Jill’s interview with Andy Cohen on Watch What Happens Live Monday night gained so much attention that the network is considering bringing her back into the crazy ass fold. Zill has been incredibly vocal about Andy’s decision to fire her and half the cast after season four. She likened it to her death and criticized Andy for playing favorites and ultimately choosing Bethenny Frankel over her and her dog Ginger. I’m sorry but Ginger was a nasty dog.

Jill’s appearance solidified the likelihood that she will be featured on the sixth season,” a source told Radar. “Jill and Andy were even trending for a long time Monday night on Twitter. That is the kind of buzz that the network wants for the next season. Jill is a polarizing figure and she has a very, very strong personality. Jill is open to the idea of coming back to the show and would be willing to appear as a guest star. Viewers love to watch Jill tussle with Ramona Singer and LuAnn de Lesseps. There was no where near as much drama on the show this year, even with the addition of three new cast members after Jill, Alex McCord and Kelly Bensimon were fired. The outpouring of support that Jill got after her appearance on Monday night is really changing her mind. She is in a better place now and really does love being on the show. Jill is in much more control of the situation because she knows the show needs her more than she needs them.”

I hated this new season and first but then it grew on me. A lot of people thought Andy phoned it in but the drama crept in towards the middle. Thank God for St. Barts! Did you miss Jill? I did. She didn’t do much for me during season 4 because it seemed like she was trying to rebuild her image after the Bethenny situation but there’s nothing like a good Jill/Ramona fight. Heather and Aviva can try all they like but you can’t fight Ramona from a higher level. That’s pointless. You have to get down and dirty with her and that’s what Jill can do well. At no time has Jill ever let Ramona the victim card and Aviva and Heather gave that up way too fast. Amateurs!

According to Huffington Post, the ratings for RHNYC has declined by 21 percent from last year however a Bravo insider said Jill will not be returning. Someone should tell her that. Know it all Jill continues to have all the answers saying the network “should bring back me, Alex and Kelly and fire Carole [Radziwill] and Heather [Thompson]. Whoever was responsible for this disaster, should be fired. I feel vindicated.”

I kinda think she is too. But I sincerely doubt Carole or Aviva will be back anyway. Carole did what she planned to do and promoted her book and Aviva took some hard hits. For a woman who doesn’t need the money or the exposure I have no idea why Aviva would put herself through that again.

Do you want Jill Zarin back? What about the other women? I’m not gonna lie… I could handle some Alex and Simon.