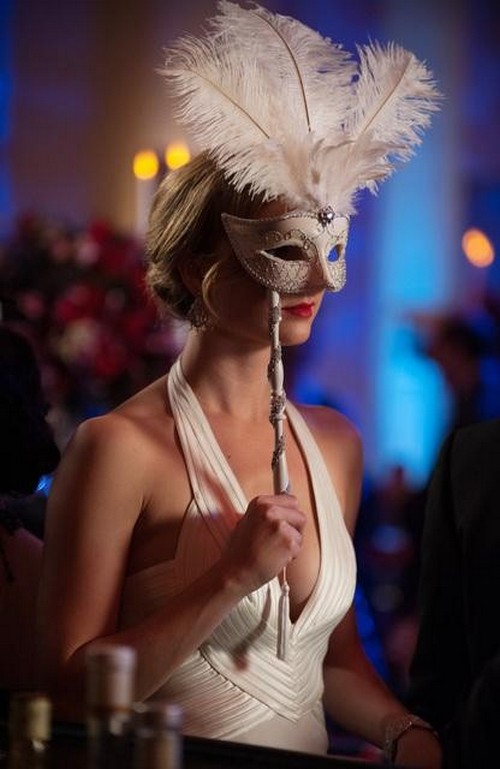 Tonight on ABC REVENGE returns with a whole new episode called “Victory.” On tonight’s show the Grayson Masquerade Ball signifies the arrival of Halloween, and its not for the faint of heart.  Did you watch last week’s show? We did and we recapped it here for you!

On last week’s show Victoria enlisted the help of Amanda’s foster brother in her charitable foundation, Emily seized an opportunity to regain some of her missing past while settling the score with someone who had a hand in setting her on this path in the first place.

On tonight’s show Hamptonites celebrate Halloween with a glamorous masquerade ball hosted by the Graysons, which is a perfect setting for Emily to drag out Victoria’s skeletons. Jack steps up his revenge plan and finds an unexpected ally, and Aiden makes a bold move with a gruesome conclusion.

Tonight’s Revenge episode 18 is going to be exciting, and you won’t want to miss. So be sure to tune in for our live coverage of Revenge — tonight at 9PM EST! While you wait for our recap, hit the comments and let us know how excited you are about the new season of the Revenge? Check out a Sneak peek video of tonight’s episode below!