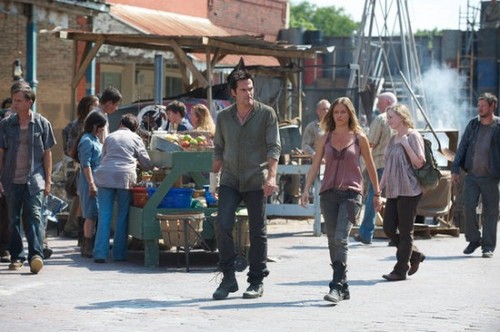 Tonight REVOLUTION returns to NBC with a whole new episode called “Dead Man Walking.”  On tonight’s episode Aaron (Zak Orth) continues to have visions that lead to endless questions.  Did you see last week’s episode?  We did and we recapped it here for you!

On last week’s show Aaron and Rachel speculated on the extreme effects of Nano technology, while he also confided in Cynthia. Meanwhile a figure from Miles’s rugged past, Texas Ranger John Fry reemerged. Fry could be Miles’ chance to bring down the Patriots in a big way, however Fry needed convincing. Charlie had a surprise for Miles and her mother, while Secretary Allenford  held a secret important to Neville.