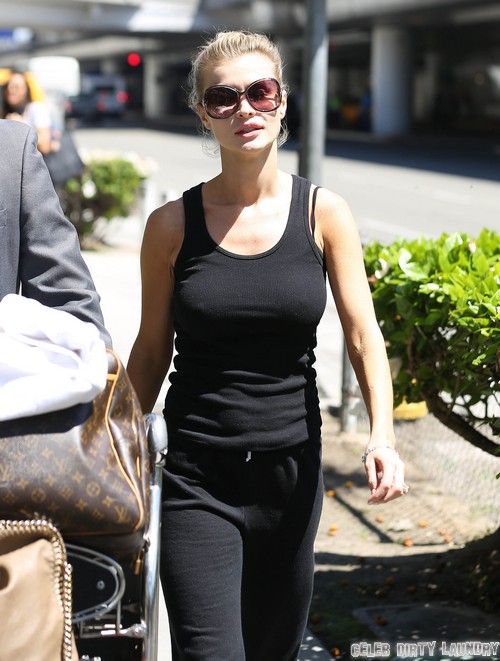 The Real Housewives of Miami’s Joanna Krupa and Romain Zago have only been married for two months and already he claims that their sex life sucks pretty badly. If you watch the Bravo reality show then you already know that Joanna is constantly complaining about their lack of a sex life and last year they were on the brink of a split because she caught Romain cheating. He has taken several slights and now according to the Sept. 9th print edition of In Touch Romain has a reason for the lack of intimacy in their relationship.

To put it simply, he is completely bored by Joanna. Romain claims that she makes absolutely no effort to spice things up and that it’s always bland at best. Or as Romain puts it, “You need new sauces for your pasta.”  Rather than listening to her husband who clearly needs more, Joanna blew off the whole thing saying she’s the kind of girl that lets a guy do whatever they want. Maybe that is the probably! She doesn’t seem at all into it and is just passive in bed!

How long before we hear more rumblings of Romain finding himself into the bed of a spicier woman? I mean he couldn’t be any more blunt and Joanna clearly hears that she’s not cutting it. Do you think that she’ll catch the hint and spice things up or just continue to complain because they are newlyweds that only have sex once a month?  Of course being a nonstop witch rather than taking steps to fix things only pushes people away but do you think that Joanna is bright enough to really grasp that? Will her marriage to Romain last? Tell us your thoughts in the comments below!