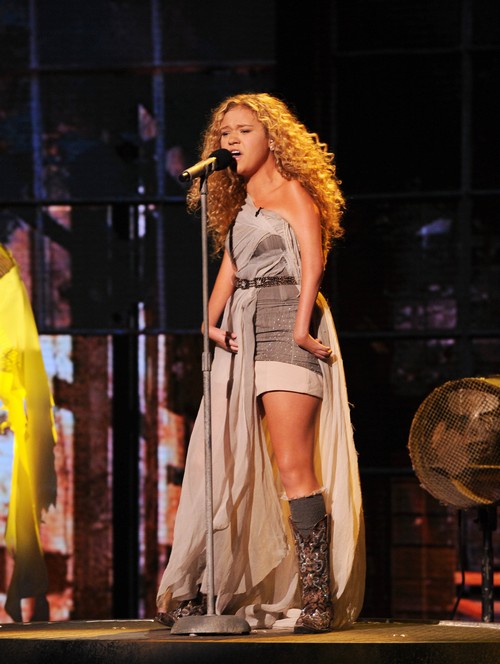 Rion Paige took the stage tonight on THE X FACTOR USA for the first of the live performance shows. Rion sang “Ain’t No Mountain High” by Marvin Gaye. Rion is on Demi Lovato’s girl team and they decided to sing this song for her Motown choice. On tonight’s show the top 12 performed live in front of coaches Simon Cowell, Kelly Rowland, Demi Lovato and Paulina Rubio for America’s vote and to make it another week. Did you watch tonight’s performance show? We did and we recapped it here for you.

Judges comments: Kelly says that she looks very radiant tonight, she loves that song and isn’t sure if she liked the rendition of it but still loves her voice. Simon says that she kind of thought she lost her country roots last week, he feels she pulled it off and it is one of his favorite song of all time. Demi says that she struggled a lot to be herself when singing and felt like she pulled it off tonight; she is really proud of her.

Rion Paige wants to be known as the “girl with the voice.” If you want to see Rion Paige make it another week, you have to vote for her.