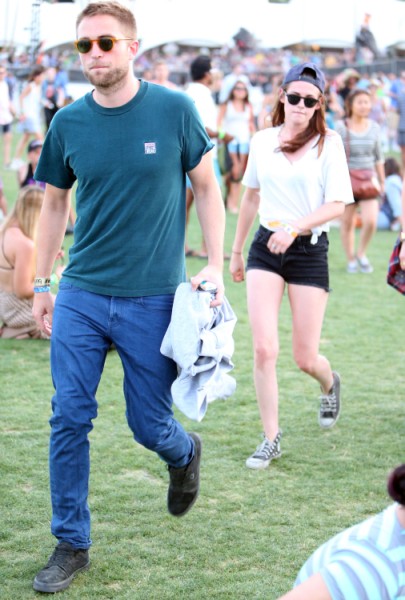 This has got to be the worst part of the break up, right? If you’re Kristen Stewart having your famous boyfriend dump you is one thing. That sucks. We’ve all been there. But having the world dig up the Rupert Sanders episode all over again as a way to somehow make sense of it all is quite another. It’s like she’s reliving last year. True, it’s not half as bad, but it still has to suck.

But we need a reason! There’s no way Robert Pattinson dumped Kristen Stewart because of her nasty attitude. He’s dated her for three years! It’s not like it was a surprise. That’s why The Sun had to get creative (or not so creative) and throw in a Rupert Sanders text. Kristen Stewart supposedly has been in touch with her ex-lover/fling/dude she swears she never had sex with. And to make the story even juicer, it all went down on Rob’s birthday. According to sources Rob flipped through Kristen’s texts while she was in the shower (because that’s what every person in a healthy relationship does) and found the messages and freaked out. She said they were innocent but he basically told her to screw herself and walked out.

And he took the DOGS! Take my money. Take my dignity. Take my treasured Harry Potter wand but do NOT take my dogs. Talk about kicking a girl when she’s down.

So that’s that. I’m almost willing to believe this story. I still think Rupert’s stalking her still anyway. Maybe he was texting her and she still felt too guilty to tell him to piss off. He did come out the major loser in that whole deal. He lost his family. He lost job for the sequel. Kristen held on to Rob and the SWATH role so I could see her taking some texts if it seemed like he needed her to vent.

It could happen. Or maybe I just want to believe this story. Because, again, Rob would not break up with Kristen OVER HER ATTITUDE, right?