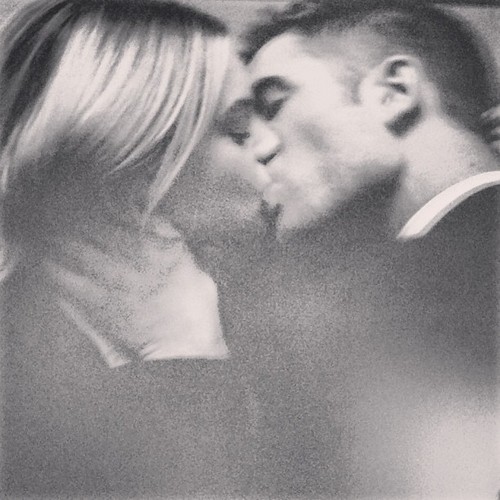 So the search has ended, and our Christian Grey and Anastasia Steele have been announced as Charlie Hunnam and Dakota Johnson. However, we already know that Charlie wasn’t the first choice for Christian Grey, and many of us assumed that it was Garrett Hedlund – before he turned down the part citing ‘scheduling reasons’.

Here’s my take – of COURSE Robert Pattinson was the first choice for Christian Grey considering the whole series started off as Twilight fan fiction… and Rob starred in Twilight! So obviously E. L. James would have had him in her head when she was writing the novels. Secondly, I have a feeling that the studio went through a long list of contenders before deciding on Charlie and Dakota, and I do think that a lot of their first choices weren’t interested.

What do you guys think about Robert Pattinson being the first choice? Obviously, he would never have done it in a million zillion years, but it’s still funny to think about. And do you agree that Charlie Hunnam and Dakota Johnson will make good leads for the film? Let us know your thoughts in the comments.