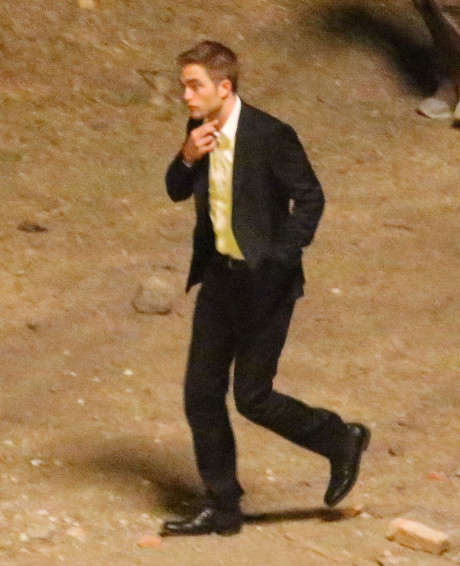 As soon as Robert Pattinson and Kristen Stewart broke up this time around, all the ‘sources’ were saying it was permanent, and there was no way they were getting back together. However, just months after their split earlier this year, Rob was spotted at Kristen’s house.

Several reports came out right after that meeting stating Rob and Kristen decided that they should ‘stay friends’, and still keep in touch. Obviously, that was contradictory to the reports that were published before, so I’m guessing it was either the work of their publicists – OR he was just there to drop off her stuff, and the media took it overboard.

This new report from Hollywood Life supports that theory, especially because they state that Rob is done with Kristen and has decided to cut off all ties with her. Their source says, “It was Rob’s decision that the two of them not communicate for a while. Rob felt like it was just too difficult for the two of them to move on if they kept in contact. They both want to be able to talk one day, but it’s still too soon and there are too many raw emotions from both sides involved.”

The source also adds, “Rob was in no way nasty about it. He actually thought he was helping Kristen by setting this boundary of no communication — that it would actually speed up the recovery process.”

If this is true, it’s actually a very mature decision on Rob’s part. It was his decision to break things off for good, and he knows that as long as he leaves the door open, Kristen might think that there’s a chance of a reunion. By shutting that door for good, he’s allowing her to heal faster and letting himself get over her in the process.