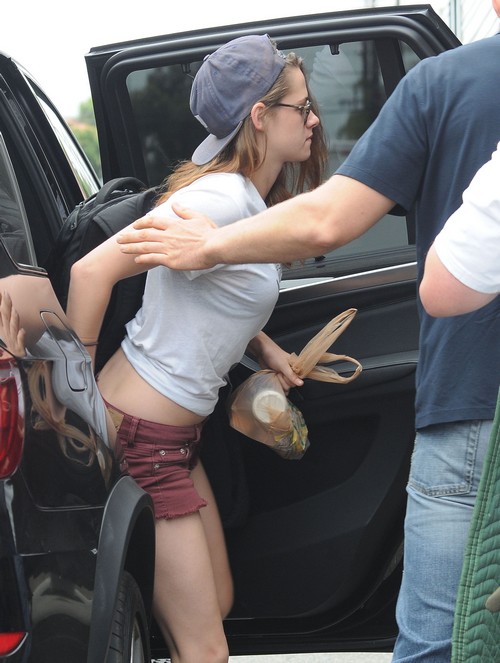 These types of reports are just feeding the Twi-hards, which is dangerous because they will come back to bite you in the ass. The latest report from Hollywood Life claims that Robert Pattinson has made it clear to Kristen Stewart that he’s not ‘dating’ Riley Keough. Um yeah, he’s not dating her, he’s hooking up with her. I thought that was already established?

I guess not because a source clarified, “He doesn’t want to be that guy. He doesn’t want the image of him being that he is stealing the friend in the wake of the relationship with Kristen. Rob did tell people that he reassured her that he wasn’t going to date her friends and make things more awkward between them, because the breakup is and has been awkward enough.”

If that’s not enough, the end of the report totally baits the Twi-hards by saying that there’s a chance of Rob and Kristen getting back together, especially after they met last week and realized they still ‘have feelings’ for each other. This purported source adds, “He’s told his friends that during a different time and different circumstances, they could make it work.”

See what I mean about these reports feeding the Twi-hards? I mean, I don’t doubt that Rob and Kristen have unfinished business, especially because their breakup seemed to be pretty messy. But there’s absolutely no proof that Rob and Kristen are getting back together, especially because Rob continues to hook up with Riley. Yes, he’s not dating Riley. But hooking up with her doesn’t make it any better, at least in my mind. I mean, what’s really the difference between screwing your ex-girlfriend’s best friend, and dating your ex-girlfriend’s best friend?