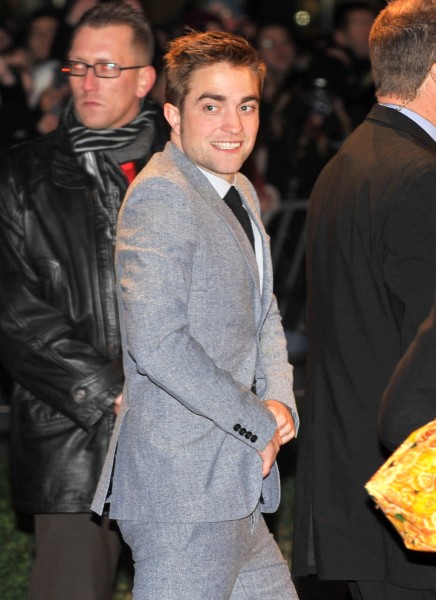 So we have some new pics courtesy of Hollywood Life of Robert Pattinson looking a little worse for wear while partying yet again at the Chateau Marmont. Can you get anymore young Hollywood/cliche with that hotel? This behavior is a tad confusing for a dude who claimed he ditched his long-term girlfriend because he couldn’t stand her apathetic, party-hard attitude. But we all get there are transition periods, right? After a tough break-up you need time to regroup. You let your friends take you out every night. You host Gatsby-themed parties at your pad and get papped with a mystery woman. Robert Pattinson is just following the rule book. But is his little freedom party turning into a shame spiral?

Kristen Stewart’s road trip seems a little more PG, or at the very least, less LA. She and her friends are still Jack Kerouac-ing around this summer. We’ve got pics of Hooters waitresses and tattoo parlors but no one seems to be worried. In fact, I think most of us are pretty excited for Kristen. Biotch looks good and healthy and happy without Rob bitching at her side. If anyone looks like the Hollywood douche who doesn’t want to move on it’s Rob. Kristen has two indie films lined up as well as a major studio sequel. I suppose Rob’s not doing too shabby in that department either. I just found out he’s hooking up with Cronenberg again. You’ll recall they made Cosmopolis together. So both are doing well post-Twilight. I just think it’s interesting how much parting Robert Pattinson is doing. Yes, he’s young and single. There’s nothing wrong in that. But weren’t we all led to believe for so long that Kristen was the wild child who liked to flick off paparazzi and cheat with married men while Rob shuttered himself away in his house reading esoteric books and strumming his guitar? I wonder how much else we’ve been wrong about with those two….