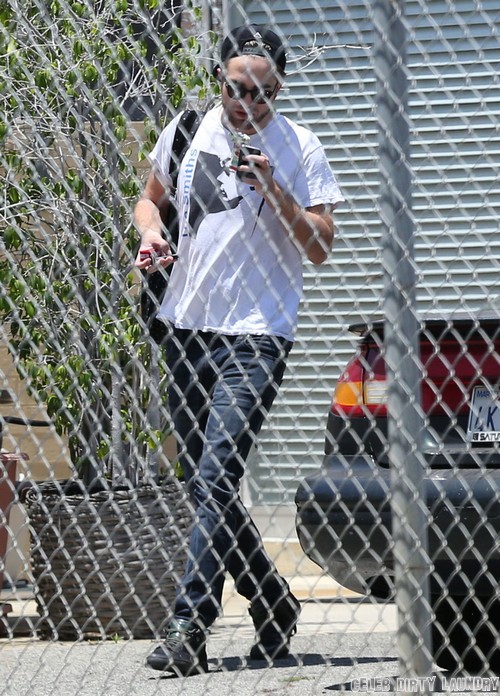 Robert Pattinson and Kristen Stewart broke up a month back, causing mass hysteria among Twi-hards. Since then, he’s been linked to Katy Perry and Riley Keough, and purely from the perspective of a bystander, it would seem like he’s clearly moving on from Kristen. Kristen, on the other hand, hasn’t been spotted out with any guys since the breakup and has instead been spending most of her time hanging out with friends.

If we were to draw conclusions from that, we’d assume that Rob was the one who had moved on and Kristen was still clinging to the hope that they might get back together. However, a new report from Hollywood Life states otherwise, claiming that Rob is ‘desperately’ missing Kristen.

A source explained, “He seems obsessed with her. He thinks about Kristen all the time. Sometimes he starts to send a text, then changes his mind. It seems Rob can’t let Kristen go.” The source also adds that Rob’s ‘date’ with Riley was just them hanging out, considering that they had been ‘friends for years’.

I don’t know about this. The source makes it sound as though Rob is not able to move on at all, when we have ample evidence to the contrary. Is this Team Kristen talking or just Twilight fans pretending to be sources? It wouldn’t be the first time, and this report contradicts everything that has been coming out of People and US Weekly for the past few weeks. Then again, maybe Rob really isn’t over Kristen, but his publicist has been making people think that he is. After all, what’s more damaging to the reputation than being pathetically hung up on an ex-girlfriend who publicly cheated on him?