Robert Wagner Let Natalie Wood Drown – Could Have Saved Her But Chose Not To – Why? 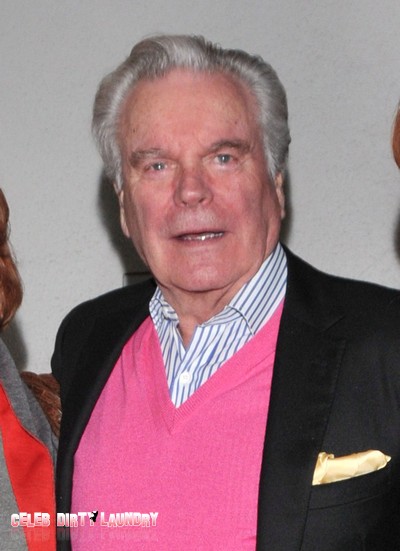 The Natalie Wood story has become stuff of Hollywood legend, largely because it remains a mystery, even to this day. Although the National Enquirer is not the most reliable of sources, the general public knows enough about this story to know that the ‘legal’ explanation doesn’t make sense. The Enquirer claims that Wood screamed for hours while clinging to the side of the dinghy and hoping to be rescued. Roger Smith – a Los Angeles County rescue boat captain that headed the search for Natalie Wood all those years ago – claims that Robert Wagner, Wood’s husband, could have saved her if he really wanted to.

Smith spoke to the Enquirer, saying, “Wagner could have saved his wife. But he didn’t. Robert Wagner should be charged with manslaughter! I believe he is responsible for her death!”

Thirty years after the incident, the case is being re-investigated and Smith has opened up about the events that occurred that night. He explains that Natalie Wood had already been missing for several hours when he spotted Wagner being questioned by the authorities. He explains, “I asked him what happened and he said, ‘She went out to re-tie a dinghy that was banging against the boat. Robert Wagner added, ‘I don’t know what happened to her. She was missing after that and the raft is also missing.’”

When asked why Wagner had delayed calling a search party earlier, his reply was, “Natalie “might be fooling around on somebody’s boat. She often does that.” Smith added that he thought, “Too bad the famous must die because somebody might be embarrassed.”

Eventually, they did find Wood’s body, with Smith’s rescue team being the first ones on the scene. Smith says, “Based on the condition of Ms. Wood’s body, I believe she survived for 3-5 hours hanging onto the side of the dinghy. She probably cried for help for hours. Her fingers were still pliable when she was pulled from the water, suggesting she had not been dead for hours. I think Robert Wagner could have saved his wife. But he didn’t.”

So was Wagner’s negligence motivated by jealousy? Embarrassment? According to Smith, it was a combination of the two. Of course, Wagner’s attorney says that all this information is the result of ‘publicity seekers’ trying to cash in on the 30th anniversary of the actress’ death. Be that as it may be, there are still too many things about this case that don’t make sense. The fact that Wagner got away scot free all those years ago when he would have merited a full scale investigation in today’s day and age is just shocking. It’s no longer a world where famous people in Hollywood can get away with secrets and possible manslaughter, and hopefully Wagner will eventually be brought to justice.