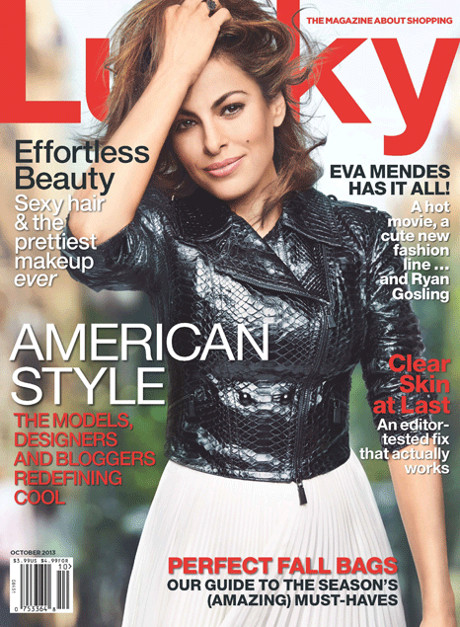 When you ask Eva Mendes about her relationship with Ryan Gosling, she continues to remain tight lipped. In a recent interview with Lucky magazine, the star said that they could ask her about her boyfriend, but that “[she] just won’t answer.” Oh, snap! Seems like these two are trying to keep their little love-fest as far out of the public eye as possible. But why so coy? Why isn’t she eager to talk about the hotness between them? Maybe it’s because they want to keep their Fifty Shades of Grey-esque relationship under wraps.

Ryan Gosling, who was considered an early favorite to play the BDSM-loving Christian Grey, ultimately decided to pass on the role — probably because he didn’t want all that crazy erotica business on his profile, even if the role would’ve made him about five times richer. Do you think Eva Mendes and Ryan Gosling’s relationship is as adventurous as the one shared between Christian and Anastasia in Fifty Shades?

The Hollywood Reporter says that “sources say the studio explored several other options before settling on the pair, who were announced Sept. 2 via tweets from Fifty Shades author EL James. Ryan Gosling was the original prototype for the 27-year-old billionaire with a penchant for S&M, but he was not interested.” Garrett Hedlund was also a top choice, but he felt he couldn’t quite connect with E.L. James’ character to be an effective advocate for the series.

Of course, by no you’ve probably heard: Charlie Hunnam from Sons of Anarchy took the role of Christian. He will star alongside Dakota Johnson (Ben & Kate), who will play the role of Anastasia Steele.