Ryan Gosling And Eva Mendes Split: Breaking Up Over Mood Swings And Jealousy 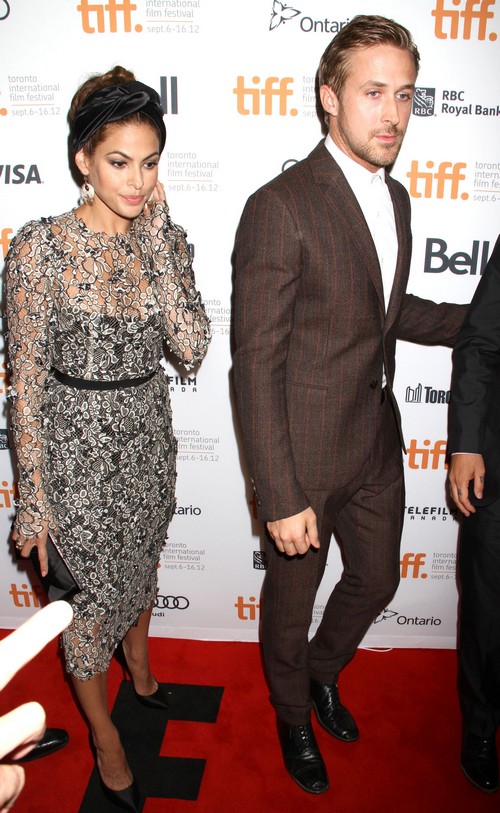 Women everywhere will squeal with joy after hearing that Ryan Gosling‘s relationship with longtime girlfriend Eva Mendes might be going down the drain.

After two years of dating, US Weekly reports that Ryan and Eva have finally hit a snag, and are in an ‘unhappy place‘ right now. Apparently, the couple broke up for a brief period six months ago and things have remained troubled since then. A source explains, “He can be moody, and she’s insecure. She sees a text from a mystery number and assumes he’s talking to other girls.”

Everything seemed to be just fine when Eva visited Ryan on the set of How To Catch A Monster in Iceland in July, but friends of the actress have apparently noticed that Eva turns noticeably distant whenever Ryan’s name is brought up. The source says, “[Eva] she shuts down anyone who brings up Ryan. It’s clear something is wrong.”

As a source close to Ryan claims that they wouldn’t be surprised by an imminent split announcement, Eva’s official rep denies any trouble in the relationship. Well, duh. Eva’s claim to fame for the past few years has been her relationship with Ryan, and if they break up she’ll fade back into obscurity. Let’s face it – great actress, she is not. And now, McGosling fans will once again be clamoring for their OTP to get back together, since it will be the first time in a long time that both Ryan and Rachel McAdams will both be single at the same time.

What do you guys think? I always thought Eva was a downgrade from Ryan’s past relationships, especially since he’s dated the likes of Sandra Bullock and Rachel McAdams, two of Hollywood’s nicest and most talented actresses. While I’m sure Eva’s a nice person, she doesn’t match up to his level of talent nor his cache in the industry. But hey, she’s gorgeous and maybe that’s all he was looking for? Either way, the relationship seems like it’s nearing its end, so let’s start playing matchmaker. Who would you like to see Ryan date next? Let us know in the comments.