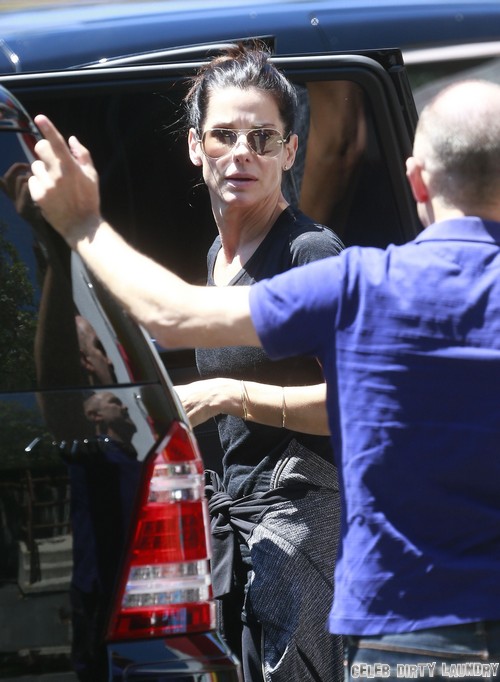 Sandra Bullock has spent several years without an official boyfriend, ever since she broke up with Jesse James. It was an awful ordeal to go through in the public eye, and I don’t blame her for being careful since then.

However, a new report from the National Enquirer claims Sandra has had a massive makeover, and she’s been dressing sexier to attract a husband.

Sandra has reportedly gone through the makeover after the ‘shakeup of her style team‘, and a supposed ‘friend’ of Sandra’s explains, “She sees Halle Berry, Jennifer Aniston and oth­ers looking almost half their age and she wants to amp things up, big-time. She wants to feel sexy and confident.”

The source adds, “She’ll be trying out sleek new de­signs that will celebrate her curves, plus she’s likely to experiment with some bold new hair­styles. Sandra is ready to move forward with a new chapter in her life.”

So all this is reportedly in service of her getting back to the dating world, which is a bit silly. Sandra seems perfectly happy being a single mother, and she’s never been more successful as an actress. She’s just coming off the extremely successful The Heat, and she also has an awards season contender in Gravity. So she’s doing just fine.

And while she has been looking extremely stylish lately, can’t that just be because she wanted to look like that? Why does everything have to be a ploy to get a man, especially in Hollywood? Sandra has stated that she doesn’t intend to get married again, and unlike many Hollywood actresses, she usually means what she says.

What do you guys think of this report? Is it demeaning and disrespectful, or is it correct? Is Sandra dressing better to snag a husband? Let us know your thoughts in the comments.