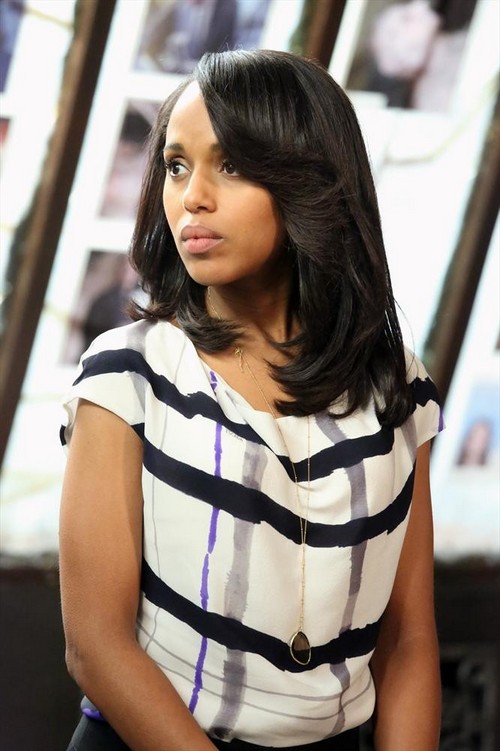 SCANDAL returns to ABC tonight with a new episode called, “Molly, You’re in Danger, Girl” On tonight’s show No one is safe.   Did you watch the last episode? We did and you can catch up HERE!

On the last episode the team found themselves working for the devil when Hollis Doyle’s daughter was kidnapped and held for ransom. Meanwhile, David was still in danger and was forced to seek shelter at Pope & Associates; Olivia and Jake took their flirtatious relationship to the next level even as the President continued to rely on Jake for intel; in the White House, Cyrus would stop at nothing to get back into the President’s good graces; and Mellie’s claws came out when she told Fitz he needed to make some changes.

On tonight’s show details from an old case don’t add up, Olivia’s team must backtrack to figure out if they made a mistake. Worse still, this mistake has potentially put them all in serious danger. Meanwhile, Olivia and Jake’s relationship starts to heat up, while at the White House Fitz and Mellie’s relationship hits a new low.

Tonight’s episode looks like it is going to be a great episode and you won’t want to miss it, so be sure to tune in for our live coverage of ABC’s “Scandal” Season 2 episode 18 at 10 PM EST! While you wait for the recap, check out s sneak peek video and some pics from tonight’s episode below!

Check Out The Recap of Tonight’s Show By Clicking Here