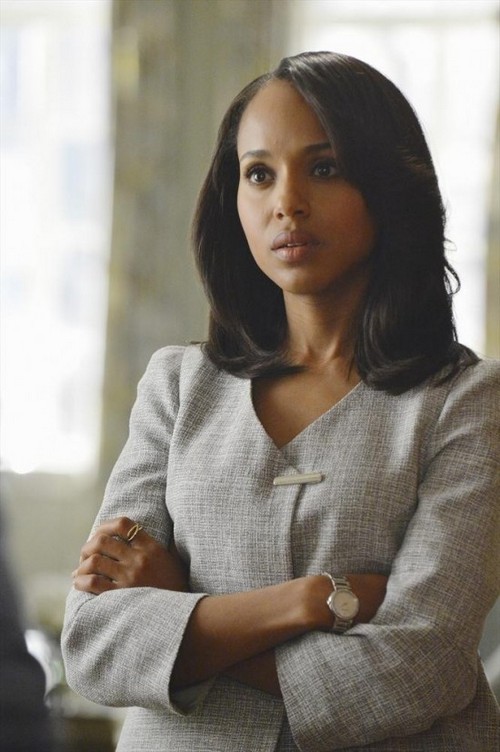 SCANDAL returns to ABC tonight with a new episode called, “A Woman Scorned” On tonight’s show the Gladiators get closer to learning the identity of the mole. Did you watch the last episode? We did and you can catch up HERE!

On the last episode secrets from Huck’s life before Pope and Associates were revealed, Olivia and Fitz engaged in an emotionally charged conversation, unaware of the fact that someone could be watching, and Olivia’s team came together to help one of their own. Meanwhile, Cyrus was becoming increasingly skeptical of Jake, and Mellie made a decision that could bring down the White House.

On tonight’s show the team continue their investigation into the mole and make a shocking discovery in the process. Meanwhile Fitz orders Jake to continue to protect Olivia, who is still very much in danger, and back at the White House Mellie’s ultimatum forces Cyrus into the role of “fixer.”

Tonight’s episode looks like it is going to be a great episode and you won’t want to miss it, so be sure to tune in for our live coverage of ABC’s “Scandal” Season 2 episode 20 at 10 PM EST! While you wait for the recap, check out s sneak peek video and some pics from tonight’s episode below!

If you’ve been watching Scandal then you know this episode is going to be good. Olivia is swimming her morning laps when Jake appears. They trade barbs and while she doesn’t want him following her, it’s Fitz’s orders to keep her safe. She calls Fitz and he tells her that Mellie has moved out, it’s a detail she doesn’t care about.

As Liv’s staff is trying to figure out who the guy in the hat that has been tracking Liv is Huck walks in and says it’s Charlie. If you caught the last episode  then you know this guy was Huck’s boss and he is a cold blooded killer. Cyrus calls Liv and tells her the Mellie has issued Fitz a 36 hour ultimatum. Either he come to his senses quick or she is telling the country via a news conference what a cheating dirtbag he is. Liv can’t even process that when her whole staff tells her that Charlie is the guy trying to kill her and he is linked to Cyrus. They think Cy is the mole.

Charlie is actually sitting in Jake’s home watching his videos of him screwing Olivia. Cy had wanted Charlie to find a link between them and there it is. Meanwhile back at the Liv’s office they are scrambling to help Huck remember every detail about Charlie. They also decide to tap into Cy’s cell phone to see if he has been talking to Charlie as much as they suspect.

Cyrus tells Fitz that Liv and Jake have hooked up and his reaction is to call both of them to his office. He only speaks to Liv, again professing his love for her. She finally blurts out, “If you want me, earn me.” Cy tries to wheel and deal with Mellie and fails completely. She takes his offer and shreds it.  She demands he fulfil her requirements or else. Cy thinks and suggests to Mellie maybe he can get rid of Olivia.

As they talk about her Huck is talking to Liv. He realized Charlie has worked for Cyrus for a few years and the last woman that slept with Fitz ended up dead in the Potomac. Huck wants Liv alive. Jake gets a call from Fitz’s secretary saying that he wants to see him. She directs him to leave his post to see the president. As they hang up it’s clear that Cyrus directed the phone call.  Jake never leaves that post and is there when Cyrs shows up at Liv’s.  Jake goes back inside and he and Liv talk. They both think Cyrus is the mole.

The next the day Charlie’s new girlfriend  is hauled in for a meeting to get details on him. Mellie is pulling all of the strings at the White House and in two hours she’s going public with Fitz’s cheating. Cyrus is losing his mind trying to convince Fitz to save his marriage. He tells him to give the person he loves whatever she wants. Fitz agrees and he goes to Liv. He asks her what she wants. He tells her once again that he will give it all up for her. He tells her to sit with him and watch him choose her as he lets the clock run out on his marriage and Mellie goes public. Fitz sits smiling at Liv as 21 minutes pass and the clock runs out. After it does Liv goes to Fitz and kisses him.

Jake sits down to watch the latest video and he is watching Charlie stroll in, sit down and watch his video of him with Olivia. Meanwhile Mellie has her news conference with James, Cyrus’ partner.  Cyrus catches a glimpse and tears down the hallway screaming to get it off the air. He doesn’t make it and the conference is live with Mellie confirming that Fitz cheated. Tune in next week for more Scandal!