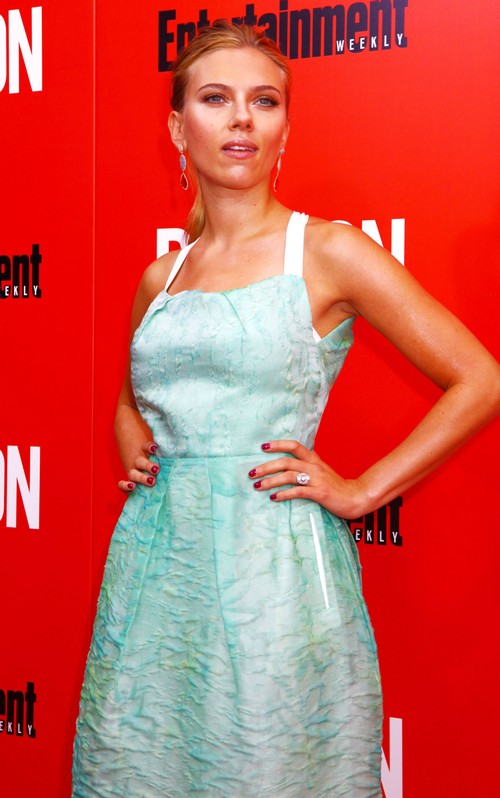 Scarlett Johansson has come out recently to admit she’s the jealous. Especially not the I will follow you to your mom’s house to double check your alibi kind of jealousy. She claims she’s not the  type “who does background checks“.  And I have to say is REALLY?

It’s ok to be jealous. Don’t need to dump on the women who are openly so. That’s how Khloe Kardashian found out about all of her husband’s mistresses. She followed him like women having been doing since the dawn of time. No one really gets here unless there was something to find. Even with that scenario it was only Khloe and the other women’s apartment that suffered any damage but at least she knows.

While Scarlett who if we remember was married to Ryan Reynolds should never discount some investigative work. Her ex-husband went to work on the “Green Lantern” with another blonde bombshell; his current wife, Blake Lively. Did she see that one coming? No, I don’t think so. That’s why she’s been desperately throwing herself into any relationship that would come her way. Once she started dating Sean Penn and publicly making out with Jared Leto so close to Ryan’s wedding day; you could see it was all downhill for her. Although I do love how she downplays Blake Lively as being a home-wrecker.  Scarlett told People Magazine,

“I am guilty of this, and so are many people – you just want your partner to fit into the box you constructed for them. It’s easier that way,” she says. “It’s kind of like, ‘Why can’t you be more like me?’ I think that’s what we all want.”

Wait let me get this. She thinks because she tried to change her husband into a replica of herself that was the reason why he walked? Hate to say it but in a way it makes sense. That’s what Khloe was trying to do with Lamar. Turn him into an honorary Kardashian without the butt. Yet if she feels like its this great big flaw of hers than why doesn’t double check with her fiancee? No one can get rid of a flaw overnight and if that’s what she claims ruined her marriage to Ryan then the same could be said about what’s his face! That why it’s smart to so do  some checking up.

Most of us never heard of this guy Romain Dauriac before he started dating Scarlett. A background check right around now wouldn’t hurt. Give it a couple of months and I bet she’s going to cave on the whole higher ground business. She’s saying this out loud was only to convince herself.  Once burned Twice shy!