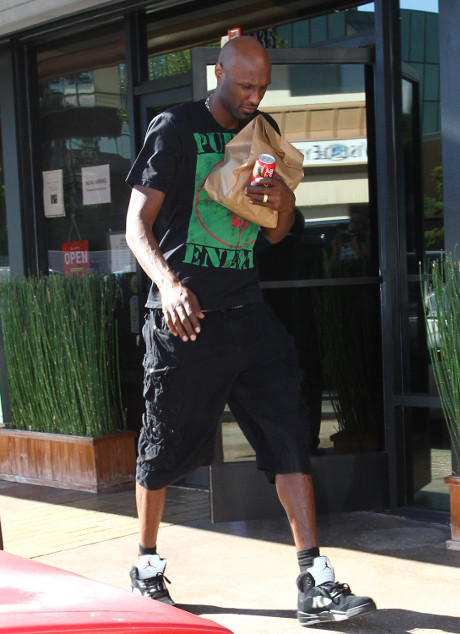 Lamar Odom‘s ex-“roommate,” Polina Polonsky, has been very vocal as of late, and she wasn’t afraid to unleash all the scandalous and totally-freaking-crazy details regarding Odom’s past with drugs and her too-personal encounter with Khloe Kardashian. Polina, apparently a criminal defense attorney of some sort, allowed Lamar to live with her for six weeks and she claims to have witnessed Lamar’s drug habits and his bouts of severe paranoia.

In an exclusive interview with TMZ, Polina says on the experience, “Polina says Khloe Kardashian came banging on the door in July, barged in, took charge and took Lamar out.  She received a text from Lamar shortly after he left, calling her a “groupie, junkie … crack head.”  She says she knows it wasn’t Lamar who sent the text … it was Khloe.”

Polina chatted with TMZ Live (for the video interview CLICK HERE or watch below) where she says Khloe barged into her apartment as if she were a wild, “uncaged animal.” Wow, that sounds intense? Can you imagine a rabid Khloe Kardashian busting into a room and foaming at the mouth? We thought the Kardashians were scary before.

Honestly, I’m not sure how much of Polina’s story to believe, and I can’t really get around the idea of a professional lawyer wanting this kind of publicity. But, hey, I guess whatever floats your boat. Just another soul trying to make a few bucks off a scandal? Let us know your thoughts in the comments section below.