Mr. Sean Diddy Combs Brings You Revolt TV: “The One Source For All Things Music” 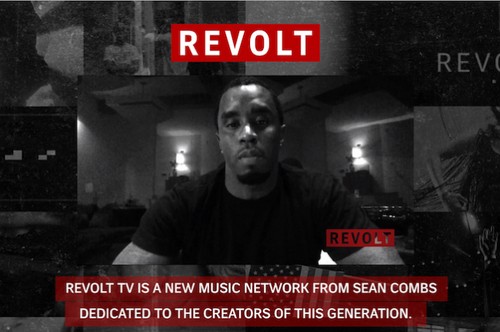 Don’t call it a comeback!!! He’s been annoying us for years!!! Who you ask? Well no other than “Mr. Entertainment ” himself Mr. Sean “Diddy” Combs who just revealed his latest venture his own TV network. That’s right Diddy has a channel now. Let’s just hope it’s not all Diddy all the time. The network is called REVOLT TV.

Diddy debuted the channel live from the childhood home of one of the most influential voices of hip-hop The Notorious B.I.G. Who not only was a living hip-hop legend by the time of his untimely death on March 9 , 1997 (where Diddy was a witness to the murder) but one could say was the driving force for putting Diddy and his label Bad Boy Records (now of which 50% is owned by Interscope Geffen A&M).

I must admit that I was very surprised at this gesture. I guess it’s good to know that a man who is so full of himself hasn’t forgotten where he came from. “The revolution will be televised,” Combs said while standing on the stoop of Biggie’s former residence in Gotham. “Biggie and I had this dream. We set off on a journey together. He was my partner. He was fearless. He inspires me. And today, Biggie will help to launch REVOLT. Today, that dream becomes a reality…This is not my network, this is your network.”

Now what can we expect from REVOLT TV? Well it’s been described as a multi-media platform with an emphasis on music programming. Just think MTV2 or FUSE. What kind of music will we hear on Diddy’s new network? Well in his own words “The best of rock , the best of edm , the future of music. We may play country.  If it’s funky enough, baby! Ain’t no close-mindedness with music.“ 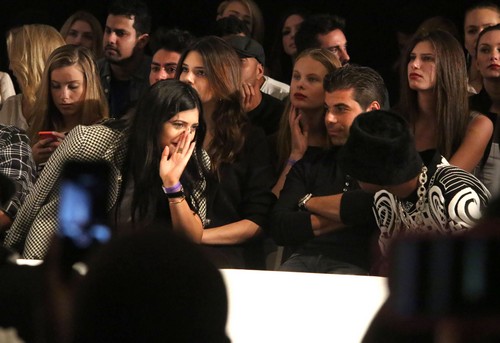 No close-mindedness indeed! Programs on REVOLT TV will be hosted by Diddy’s son, up and coming MC Lil Twist, and Kylie Jenner (of the boring-dashian clan). The music industry mogul says his goal for Revolt is to be the one source for all things music. “That’s really the opportunity I saw. I saw there was no ESPN of music, no CNN of music, there was no one trusted destination for music,” Diddy said. “Our whole thing is also having enough fearlessness to play what doesn’t usually normally get play, so different alternative artists, we’re gunna be multi-genre, to especially in hip-hop, like Travi$ Scott, or like two years ago, A$AP Rocky,” Diddy explained in his interview.

He went on, “Right now our focus for the first six months to twelve months is to really do one thing great and that’s really be the number one destination for music. I think us being live and real time is an important part of it, so the news that we’re gunna be reporting is gunna be live… We wanna do something in the mornings, for people that get up in the morning and turn on the T.V.”

He continued to detail another potential series that will be on Revolt TV, “We also wanna have like more of a debate show. Almost like a real time with Bill Maher… A panel discussion on different issues we have in the hip-hop community.” In addition, if you don’t get the channel, the Bad Boy boss says you’ll be able to stream it online for the first three days of the launch. “For the first three days we gunna stream it live on Revolt.TV,” he said. In closing Diddy expressed “My mission is to get kids back to TV.”

It is a fickle crowd to win over, and several others are sniffing the ground where Revolt is hunting. Maybe a more flexible posture should inform the mission. Rather than rallying them “back to TV.” Well if we know anything past Diddy’s massive ego, we know he knows how to push a product. With the success of his annual “White Party” in the Hamptons. His Sean John Clothing, with annual sales exceeding $100 million, and multiple fashion design nominations. In 2004, the Council of Fashion Designers of American awarded Sean John the Men’s Designer of the Year Award. His line of Sean John Fragrances which are sold in over 35 countries, not to mention my personal favorite his Ciroc Vodka which to date is worth over 100 million dollars.

You can find REVOLT TV on Xfinity and Time Warner Cable. You may have to call and see if it’s available in your area. Word is the for now it’s only available in New York and L.A. Guess Diddy didn’t have that Oprah money or influence to share his network with the whole country.