Sean Lowe And Catherine Giudici Wedding and Marriage: Why We Won’t See It 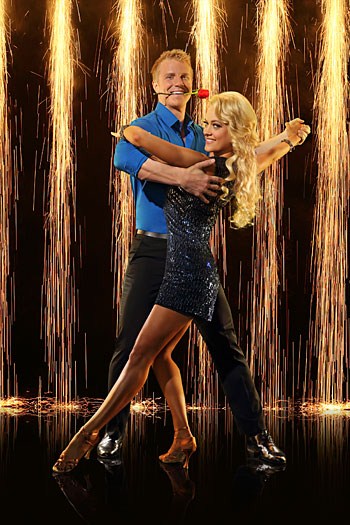 All the headlines this past week were dominated by The Bachelor  Sean Lowe and Catherine Giudici, who are engaged and on the path to marriage. However, no one seems to be asking the question of when we should expect to see these two married.

Usually, to maximize on the coverage generated from the finale, a wedding date is announced. However, because Sean and Catherine are simply so in luuuurve, they have decided to…..wait. Yeah, I know, it doesn’t make sense to me either. Look, the Bachelor was a chance for both Sean and Catherine to get famous, right? So of course, now that their fame is at maximum capacity [god forbid, it should get any higher], they’re both capitalizing on their fame.

Sean is of course joining Dancing with the Stars, and will be busy with rehearsals and the show for the next couple of months. Catherine is, of course, joining him in Los Angeles to support him. And if she can do look at other ‘creative outlets’ while she’s there, why not? As she says, “I still love Amazon and support them, but I will not be working for them when I am moving to L.A. or Dallas.” Of course you won’t. Instead, you’ll either try your hand at ‘acting’, ‘modeling’, or join another reality show when you realize you are talented only at fame-whoring.

And of course, neither one of them are thinking about their wedding right now and no date has been set. Despite all these reports that the wedding will be televised, bla-di-da, they’re going to find the easiest way to cash in.

Of course, this all boils down to the fact that neither Sean nor Catherine even want to be married to each other. They don’t even want to have sex with each other! In fact, Sean Lowe’s dream partner is probably Ryan Seacrest, at least if you’re basing compatibility on hair height. Catherine’s dream, on the other hand, is probably to be some fashionista/reality star/actress combination that only exists in a place like Los Angeles.