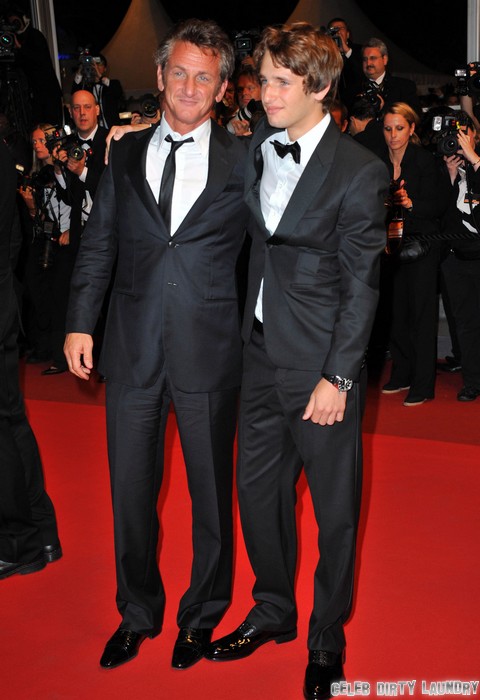 If Mel Gibson couldn’t find a way to get out of taking the blame for insulting Jews  by using the excuse that he was drunk then little Hopper Penn can’t use heredity anger to excuse his coming off as a racist bigot.  Under the influence, you tend to say to what you really think. On the other hand until toxicology reports comes in then he’s just a dumb rich kid from the hills trying to act street. According to TMZ, the son of two well-known and respected actors, Sean Penn and Robin Wright went off on a black photog using not only “n***er” but  “f***ot” as well. So my bad, he insulted two well organized groups such as GLAAD and NCAAP. Both of whom have their own twitter pages.

“I think that it is a good time for those who voted for the ban against gay marriage to sit and reflect and anticipate their great shame and the shame in their grand-children’s eyes if they continue that way of support.” He must have forgotten his daddy’s acceptance speech at the Oscar’s. An Oscar he won largely for political reasons by playing a famously gay politician – Harvey Milk.

It was bad enough to push these boundaries in front of witnesses but you think Hopper would be smart enough to avoid cameras and recorders when invading personal space. I’m sorry but is Hopper new? He grew up in Hollywood and just because you feel like it you’re going throw a Justin Bieber hissy fit.  Keep moving and never engage the cameras!!!

Nevertheless there is something curious about the where. It was stated that the entire incident happened outside of a hospital. He was also with his father whom at that time also looked agitated. Is there something wrong in the Penn house? It won’t excuse him but if it’s later revealed that someone doesn’t has cancer nor is seriously ill then and only then I would become wicked b*tch of the west.

Too See The TMZ Video Of The Disturbing Incident Click Here