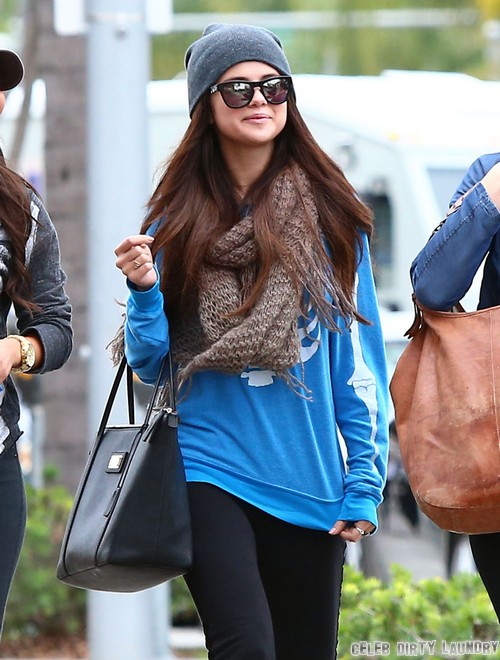 Former Disney starlet Selena Gomez faced an unhappy protester during a recent event in New York City on Wednesday evening. Currently, Selena is a brand ambassador for NEO by Adidas. At a fashion show for the brand, she came face-to-face with a protester. Us Magazine reports:

Bopping along in her seat during Neo’s presentation of youthful seasonal swim and beach styles, Gomez was thrown for a major loop in the middle of the event — when an uninvited young woman in a T-shirt and hoodie handed Gomez and other guests a flyer, with a companion nearby also distributing the material. Claiming that Adidas is involved in “sweatshop” labor practices overseas, the flyer read: “Selena Gomez: Be an ambassador for children, not for sweatshops.”

According to an observer, Gomez — reportedly spotted with ex Justin Bieber over the weekend — was shocked by the protester, who was quickly escorted off the premises by security. But the “Love You Like a Love Song” singer quickly recovered and acknowledged the young designers at the end of the show.

“Thank you so much for coming out,” said the star, clad in black pants, black Adidas sneakers with pink stripes, and a grey and pink sweatshirt. “I’m so excited to be a part of this and so excited to see what you guys did with it, you did an amazing job!”

Is there anything else she could have done differently in dealing with the protester? Perhaps she could do some research to ensure that the company she’s representing doesn’t use sweatshop workers? What do you think? Hit the comments and let us know!