Selena Gomez Demands Justin Bieber Delete Her From His Life – And His New Movie! 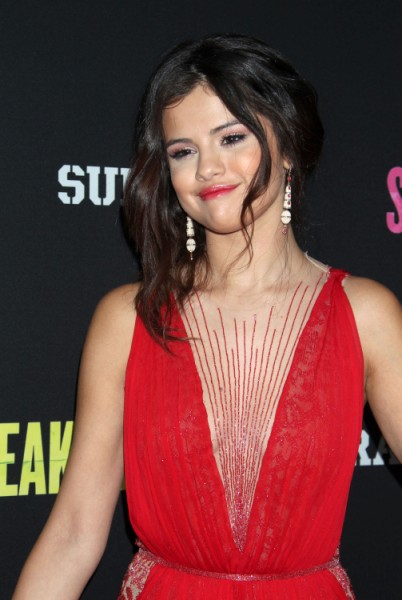 Is this worse than a sex tape? At least you’re an active participant in the sex tape.

It seems Justin Bieber has plenty of Selena Gomez footage for his upcoming Never Say Never sequel which is due out this December (just perfect for those holiday shoppers!). His people have been recording for over a year and Selena is naturally featured predominantly and it’s totally pissing her off. According to Hollywood Life, sources said she flipped her shit once she found out Justin’s people had every intention of keeping her in the sequel. Justin Bieber is being a little douche here, right? Or is he just an artist intent on keeping the integrity of the piece even if it means reliving old memories with his ex-girlfriend?

Well, you know where I stand on this. Justin is always a little douche to me. But maybe I’m not being fair. What makes these 3D documentary movies so successful is that they stay true to the stars’ lives. Katy Perry kept the Russell Brand divorce in her movie (although not many people went so see it so it really didn’t matter anyway).

So I wonder what Justin’s people will do. According to the source Selena “just wants to move on” and “she made it clear that she does not want to be in the movie, DVD extras or anything at all.” Does he honor that or does he say screw her since he’s making it really clear that she ruined his life. I have a feeling he’s going to screw her over because he’s a young punk with a broken heart. But Selena also needs a shame on you here. Did Selena just fail to remember cameras were following her around all those times? She should have known better. When has this kid ever showed mature tendencies? When he was freaking out on paparazzi? When he was groping models’ boobs? He’s a kid with a MASSIVE ego. This is his ultimate payback and she just handed it to him on a platter. She’s making him look like the asshole now by being all hot and having a great time post-split but this could be his ultimate revenge. Word to the wise girls – when you break up with a douche make sure you don’t leave any video behind.

Are the Selena Gomez demands reasonable or does Justin have every right to use the footage? If he features her, does it seem like it will be for revenge purposes?