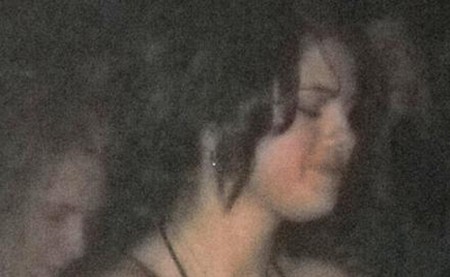 Selena Gomez’s split from Justin Bieber sent a million fans into a manic frenzy – what were they going to do without their favorite couple? Well, if you’re still suffering from post-Jelena blues, you don’t have to wait much longer to reach a cathartic state of Nirvana and bliss, because Gomez recently revealed that her new album will be all about her break-up from the Bieber.

(Break out your tears little ones – this will surely stab you in the bleeding heart.)

“I think for me, it was actually interesting to see that towards the middle of me recording my record, a big turn happened to me and it was incredible to see how I applied that to music because I have never done that before and it’s great,” the singer told MTV News. “I think the older I am getting, the more I am just kind of like I am cool to share my side of the stories as much as I can, so I am having a lot of fun,” she added. That’s called maturity girl – something the Bieber is severely lacking, so show him how it’s done!

Gomez also wants to show her fans what she went through during this all important, life defining break-up. “It will be interesting to kind of have my fans know everything I went through, through music,” she told MTV.

(If the Taylor Swift Red Alert button is flashing in your head, you’re not the only one)

Heartbreak, unrequited love, and love in general, have been used as themes in art for eons. It has inspired some of the greatest artistic work known to man and created Taylor Swift’s career. Gomez might go all tacky on the album and slam Bieber like a crazed Sicilian woman with too many onions in her house, but hopefully she keeps it classy and stays away from the sneaky, subtle pit of Taylor Swift’s lyrics.

Will you be buying the album? Let us know your thoughts in the comments below.