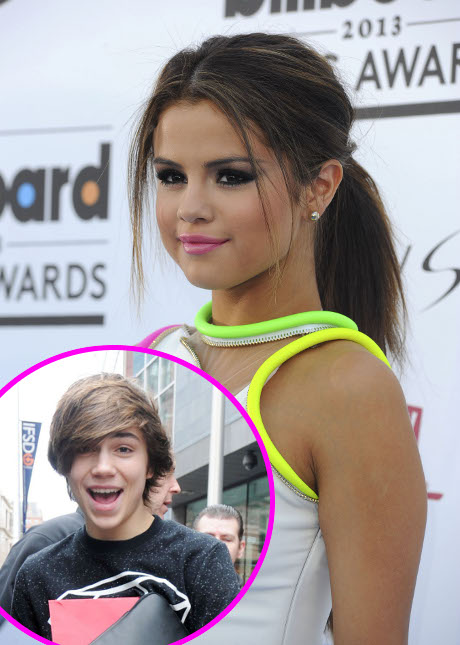 We’ve just heard recently that Selena Gomez is completely over and done with whiny baby Justin Bieber. In other words, she’s finished with his nonsense and crazy behavior, which seems to have amped up in the past months. So now what? The singer/actress is totally single (as far as we know). Where will she go next? She has a lot of projects in the works and nobody would blame her if she wants to take a romantic break and focus on her career-related activities. But maybe she’s already working on trying to get another little love fest going?

Union J singer George Shelley has made it known in the past that he’s all for Selena Gomez. And when we say all for we mean all for going out on a date. In an interview with Sugar Scape, he was noted with saying, “I’ve got an undying crush on her. It’s the whole Disney thing I love her.”

With Justin out of the picture, the 19-year-old singer might be thinking of some plans to sweep Selena off her feet. But does he have a chance? Honestly, probably not. But maybe. You never know. Selena may have dropped him a little hint in a video she sent to him . . . .

In the video she said, “I was in London for a bit and I’m actually really bummed I missed you,” Selena said with a bit of flirt. “So next time, maybe give me a call?”

The video was played on June 7th when the band made an appearance on CBCC’s Friday Download.

What do you think? Do you think Selena Gomez & George Shelley would make an adorbz *squeal* new couple? Not sure if Selena needs to jump into a new relationship as of yet. But, at the end of the day, we’re not her counselor. So, dear Selena, may the odds be ever in your favor.