Selena Gomez Puts Her Foot Down Once and for all With Justin Bieber: I’m Done with You! 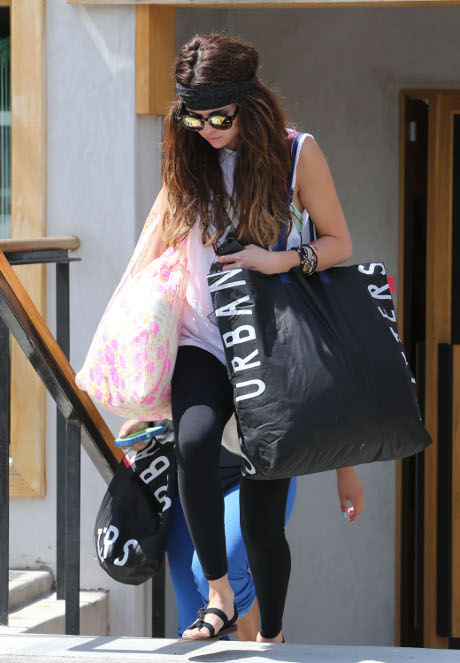 Selena Gomez has finally put her foot down with Justin Bieber and their relationship, which was, for a while there, appearing to be on-again-off-again. Well, according to exclusive sources, Selena has had enough and has stated there’s no chance of them getting back together. Not now. Not ever.

The constant articles perpetuating Selena Gomez’s alleged claims to have completely cut the Beebz off from her are endless, but according to Radar Online, this time she means business. The serious kind. Friends of hers, including Hollywood’s resident relationship expert Taylor Swift, have been urging her to take this step for a while now.

“Selena’s no angel herself, but Justin is certainly not the type of boy she needs,” the insider exclusively told Radar. “She’s finally taken some of their advice to heart and swears it’s finally over with him, for good. She doesn’t see herself getting back together with him and just needs to move on.”

But Selena recognizes the fact that she might potentially fall prey to Justin’s boyish charms in the future, and she asks her friends to help her stay true to her recent oath.

The source continues: “Selena’s mom is pregnant and her music career is booming. Meanwhile, Justin is on a downward spiral and Selena wants nothing to do with it. For a minute she thought she could ‘save him’ which is why they got back together the last time. But she’s over him and his childish behavior.”

What do you think about the woes of Justin Bieber & Selena Gomez’s relationship? Let us know in the comments below. Think they’re done for good? Or do you think it’s only a matter of time before they go running back to one another? Who should Selena Gomez date next? We’d like to see Selena Gomez dating [place name here] . . . .