Will Selena Gomez And Justin Bieber Spend Christmas Together? 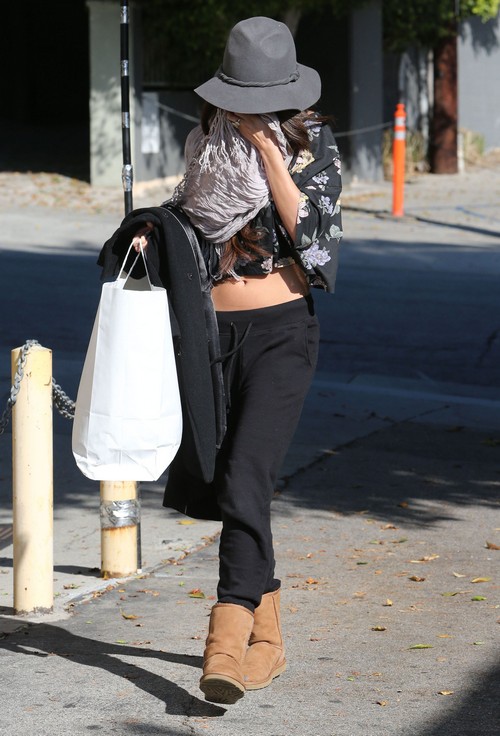 Selena Gomez recently cancelled her tour, leading to all sorts of speculation about the reason possible being Justin Bieber. Kind of an insult to Selena, no? Here’s this girl who’s worked incredibly hard for her success, both in music and in film. Sure, she’s used Justin to boost her profile every now and then, but who in Hollywood hasn’t done something of the sort? Anyway, the minute she doesn’t adhere to everyone’s expectations, people start jumping to conclusions about her ‘drug’ addiction and her jumping back to Justin the first chance she gets.

After everything that happened between them and Justin’s newfound delinquency, you really think Selena would ever risk her image by dating Justin? They dated each other through their formative years, so I don’t doubt there will always be lingering feelings there, or at least some affection. But man, the Justin Bieber that dated Selena is so long gone that it’s like he never existed in the first place. He’s changed so drastically within the last year, and so much of it was for the worst.

Now, I think he would go running back to Selena given the chance. But the question is – will she give him the chance? Some unreliable sources and reports claim that Justin and Selena are already thinking of spending the holidays together, but more reliable sources claim that Selena’s planning to spend the holidays with her family and new baby sister, especially now that she doesn’t have to prepare for her tour. And Justin? Well, he’ll probably be tearing up some holiday parties with his usual shenanigans.