Selena Gomez Lies About Her One Night Stands With Justin Bieber: Pretends She’s A “Good Girl” In Interview 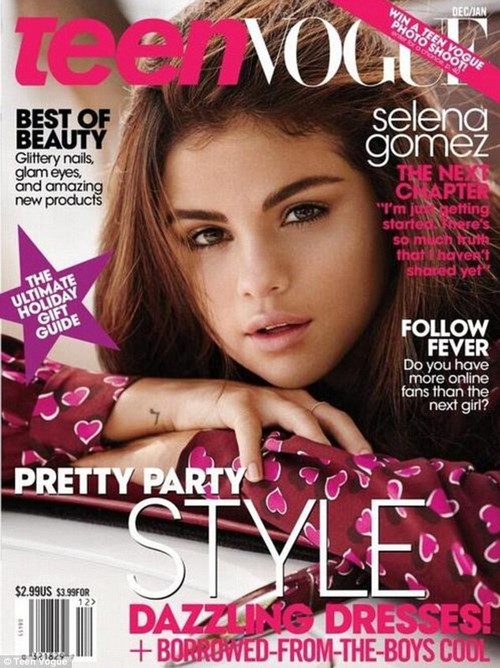 Selena Gomez has a pristine image in the press, especially compared to her Disney contemporaries [i.e. Miley Cyrus]. However, lately it seems as though Selena’s going overboard in her quest to be seen as the ‘nice’ one. Girl, we saw you do Spring Breakers!

Selena covers the latest issue of Teen Vogue Magazine and discusses her stance on one night stands, explaining, “I’m always going to be the girl you want to take home to your parents, not for the night.” Riiiight. And all of her one night stands with Justin Bieber were what… exceptions? There’s a difference between having one night stands once in a while, and claiming you’ve never had them to begin with. Selena might be trying to appeal her fan base of little tween girls and their parents, but trying to go in the complete opposite direction as Miley will also harm her. For one, she’s being a hypocrite, and everyone knows that – her relationship with Justin Bieber and their on-again/off-again hookups were tabloid fodder for the past year.

Of course, she could just be saying this to sell some new music. The market is incredibly saturated right now, what with Katy Perry, Lady Gaga, and Miley all dominating the music scene. But Selena has a wholesome image that none of them can really compete against, and she’s taking advantage of that in this interview, even if she’s exaggerating a little bit.

Apart from her comments on relationships, the rest of the interview is the usual ‘how I stayed on the right path’ mantra. She’s really, really milking this for all it’s worth, isn’t she?And the sad thing is that she has no choice right now. Katy Perry and Miley have gotten the raunchy tabloid market covered, and Selena’s only way to differentiating herself is go the complete opposite direction.

What do you guys think about Selena’s comments? Let us know your thoughts in the comments.

Editor’s Note: Whenever Selena has new music coming out she hooks up with Biebs and has casual sex – and makes sure we all know about it – she uses that relationship as a marketing tool – she is a total career whore.