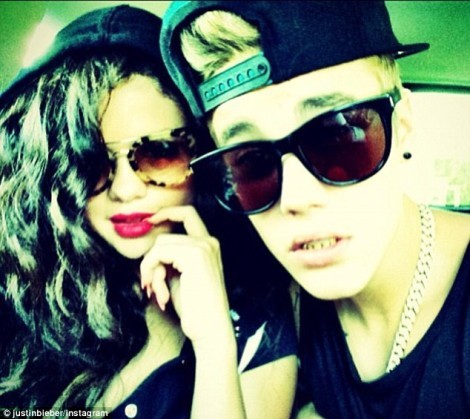 And the are they or aren’t they nightmare continues for Justin Bieber and Selena Gomez. Just days ago it appeared the couple was working out their problems. Over the Fourth of July Selena was spotted hanging with Justin’s rag tag crew and he even posted a pic of them together on his Instagram page. Doesn’t it always seem like Justin gets way too excited whenever Selena starts messing with him again? Poor guy. I almost feel sorry for him. But it’s not like they’re not using each other. Justin posted the pic with the caption “#heartbreaker” alluding to his upcoming single. Or maybe his people did it. Regardless, it was a smart business decision. And now Selena is making one of her own.

In her new song Love Will Remember, Selena Gomez is raising eyebrows with some questionable lyrics. It appears she used Justin Bieber’s voicemails to fill in the song. Here’s a little piece: “Hey babe it’s me, I just wanted to call to tell you that I love you so so so so much. Just wanted to let you know that you are my princess. You are worthy of all of the love in the world. You are the love of my life.”

But it’s not doubt it’s about Bieber, right? Considering she’s only dated him off and on for the past couple years he’d be the safest bet. Whether or not those are Justin’s voicemails in Selena Gomez’s new song is up for debate. I wonder if he knew about the song over the weekend. Would he have been so welcoming if he knew she was going to expose him like this? Probably. I think he takes whatever her can get from her. Again, poor dude.

Listen to the song. Tell me what you think!