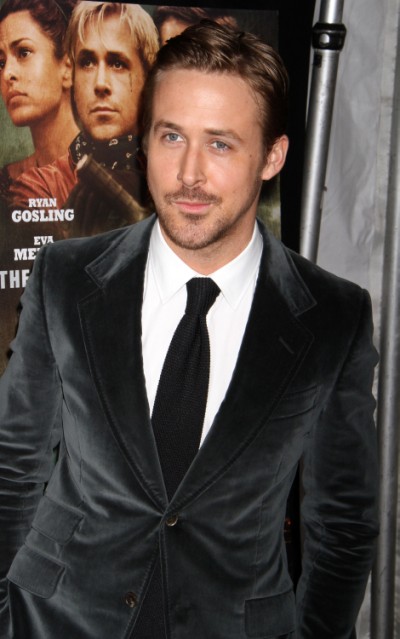 Selena Gomez’s reunion with Justin Bieber has been pretty widely covered. Keeping that in mind, I think it’s pretty obvious that it was a fling for Selena, even though it may have been more for Justin. After all, he did remove that picture of them cuddling on his Instagram pretty quickly. No doubt, she made him cry again when she told him that they weren’t getting back together.

Anyway, back to the topic at hand – Selena and Justin got together for one weekend, and they’re not dating. So who does she want to go out with? Well, the answer is pretty much the same answer you’d get if you asked any 18-25 year old the same question: Ryan Gosling.

Selena was recently interviewed by Elvis Duran on his Z100 radio show, and she was pretty gushy when speaking about Ryan. She exclaimed, “He’s super-cute. I’ve not met him yet. I’ve seen him on an airplane… and I freaked out so I didn’t even… I don’t even think he saw me.”

Typical gushing from a young girl on her celebrity crush. Unfortunately for her, Ryan doesn’t have a thing for dating barely legal young woman, unlike his ‘Place Beyond the Pines’ costar Bradley Cooper. She’ll just have to make do with the Ryan Gosling memes and shirtless pictures that seem to populate every corner of the Internet.

In all seriousness, Selena Gomez probably has a bunch of celebrity crushes, just like the rest of us. The real question is – who is she going to rebound with? She dated that Bieber for such a long time, but she’s moved on now. Unless she keeps going back to him, she’s going to get a new boyfriend sooner or later. It’s Young Hollywood – breakups and makeups are pretty much the way they live. But whatever she does, I hope she doesn’t take a leaf out of Taylor Swift’s playbook and sing about her boyfriends.