Selena Gomez Getting Closer To Scientology: Friends Urging Her To Join The Church 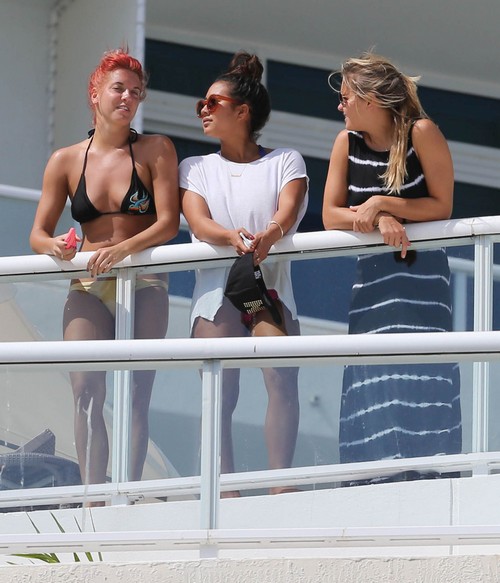 Dating a real winner like Justin Bieber can really mess a girl up I guess. After several make ups and break ups it seems like Selena Gomez was finally able to walk away from Justin once and for all but that doesn’t mean that the relationship didn’t take a serious toll on her. Selena just so happens to be good friends with Marissa Ribisi, wife of Beck Hansen and sister of Giovanni Ribisi. Marissa is a fashion designer as well as a loyal Scientology devotee.

According to the Nov. 11th print edition of Star Magazine as Selena has struggled to find her way as a strong, single young woman Marissa has been suggesting that she look into The Church of Scientology for guidance. Selena is really trusting of everyone and has actually contemplated getting more involved with the cult-like group. This has caused her closest pals to worry a bit because they think people try to take advantage of her kindness. Let’s face it, lots of celebs have been sucked into Scientology while going through a rough patch in their lives. It’s no coincidence that they prey and pray on the vulnerable.

I guess the real question is whether or not Selena is really ready to be her own woman. If so, then she’ll never let a group like Scientology control her life. If she’s feeling lost or a little too weak to make her own choices then there’s a chance that she could be sucked in. Do you think that Selena will manage to remain friends with Marissa without being sucked into her belief system? Tell us your thoughts in the comments below!